Mount Prospect Battalion 3 on arrival reported smoke showing from the rear of the building.

Police on arrival reported a female victim was on the second floor at a window on the north side of the house.

ComEd reported they remotely disconnected the meter and requested confirmation from a fire crew at the scene.

The fire was reported knocked by a fire suppression crew by 3:49 p.m. and a primary search of the building was completed by 3:49 p.m.

Fire damage was contained to one room in the basement, but there was smoke damage in the rest of the house.

Glenview Engine 8’s crew responded about 4:37 p.m. to a car on Whitegate Drive near Cathy Lane. The Glenview engine crew, which was standing by in a Mount Prospect Fire Station, extinguished a fire in the engine compartment of the car about 10 blocks west of the house fire rescue. 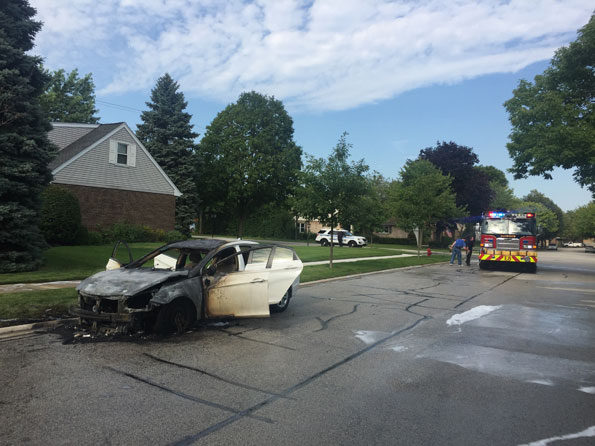 Car fire on Whitegate Drive west of Cathy Lane in Mount Prospect with Glenview Engine 8, while Mount Prospect firefighters working at a house fire about 10 blocks away.

LIVE TRAFFIC MAP of neighborhood to a report of smoke in a house in the block of 500 South Main Street Mount Prospect, Il …