Amazon (AMZN, Tech30) said Whole Foods stores will continue operating under the Whole Foods name as a separate unit of Amazon, while Whole Foods CEO John Mackey will stay as leader of Whole Foods, which will keep its headquarters in Austin, Texas. 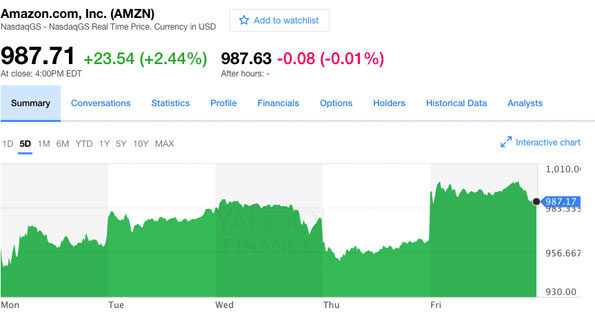 The deal values Whole Foods at $42 a share, 27% higher than where the stock was trading Thursday. 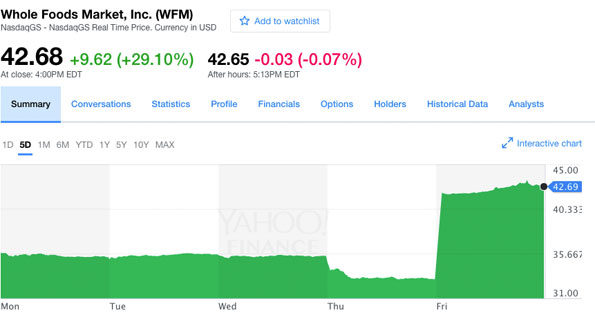 Grocery giant Kroger (KR), and owner of Mariano’s, said Thursday, June 15, 2017 that its profits for the year would be lower than Wall Street expected. Kroger’s stock dropped nearly 20%. 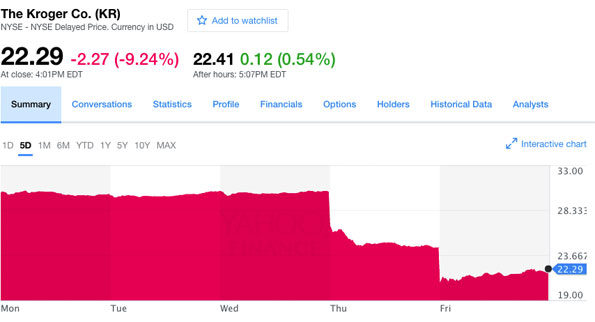 Amazon acquired Whole Foods in a record-setting $13.7 billion deal. They were also granted a patent that prevents in-store shoppers from online price checking. Find out how this changes your shopping experience. (Amazon founder and CEO Jeffrey P. Bezos owns the Washington Post).

An activist investor is an individual or group that purchases large numbers of a public company’s shares and/or tries to obtain seats on the company’s board with the goal of effecting a major change in the company.

CNBC’s Jim Kramer says this means a food deflationary force is in play. What will this mean for Aldi, Costco, Mariano’s, Target, Trader Joe’s, Walmart, and Costco?

Amazon might roll out more Whole Foods, and it might mean Arlington Heights will finally get a Whole Foods. Or is this just a big over-reaction, which means “Whole Pay Check Foods” will finally have reasonable prices?

Amazon’s agreement to acquire Whole Foods for $13.7 billion sent shares of Walmart , Target , Kroger , Dollar General and Costco lower on Friday … HYPE?Why Walmart And Others Should Be Terrified of the Amazon-Whole Foods Deal.