Police released the identity of a male driver that was killed in a one-vehicle crash on Algonquin Road west of Roselle Road Sunday afternoon. Tyler D. Smith of the block of 100 Turkey Run Road in Trout Valley, Illinois was ejected from his Chevrolet Corvette as it left the roadway and crashed into a retaining wall on the north side of Algonquin Road. 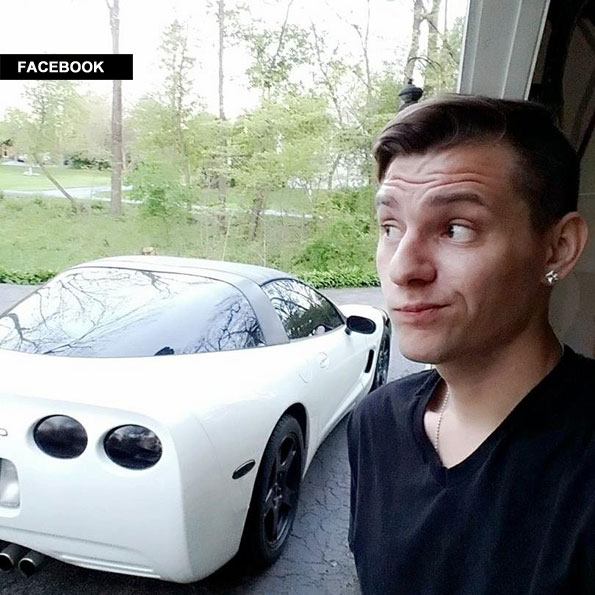 According to Tyler Smith’s Facebook page he described himself, “I’m a weird gear head! don’t like me walk the other way! guns, cars, beer and dogs” 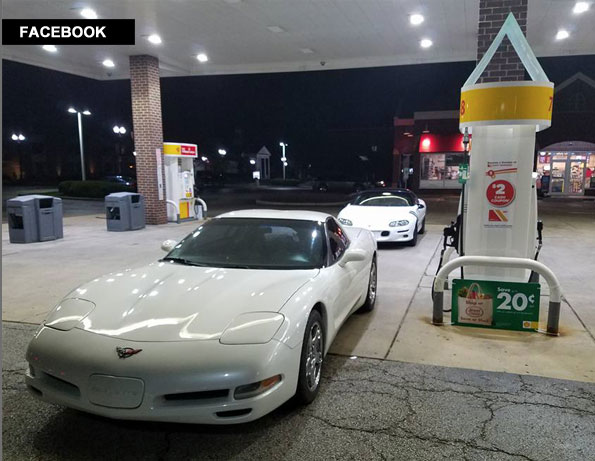 Tyler Smith, an automobile enthusiast, apparently owned a white Chevy Corvette and a white Chevy Camaro. The Corvette in the foreground is believed to be the vehicle that was crashed on Sunday May, 7 2017.

A post on February 12, 2017 from Tyler Smith’s Facebook account showed a photo of the headstone from his dad’s grave (Flint Wayne Smith/1961-1997) stating, “Definitely was a hard day. All I want is his guidance ? miss u dad.”

Police and firefighter/paramedics were faced with a rollover high-speed crash with ejection. There was one patient in traumatic cardiac arrest, who was later discovered to be the driver. Firefighters checked for any additional passengers.

On arrival police reported that gasoline was leaking from the vehicle, and that the patient was outside the vehicle.

There was one confirmed patient requiring transport by 3:10 p.m. The driver was transported to a Northwest Community Hospital where he was pronounced dead at 3:50 p.m. Firefighter/paramedics continued checking for additional patients.

Squad 85’s crew was making forcible entry into a severely damage vehicle to check for any additional victim’s. Other firefighters were checking the area of the crash scene in the neighborhood for any possible ejected victims.

An additional engine crew was requested for a support crew at 3:19 p.m. — Rolling Meadows Engine 16 was assigned.

Firefighter/paramedics confirm the crash was limited to one patient by 3:34 p.m.

Two witnesses, who saw the crash, reported a Nissan GT-R, possibly blue in color, was street racing with a white older model Chevy Corvette westbound on Algonquin Road from Roselle Road. The Corvette was ahead of the GT-R, but the GT-R driver had possibly slowed for a vehicle that was approaching an exit. The witness estimated the speed of the vehicles at about 120 MPH.

The driver of the described white Chevy Corvette lost control and hit the right shoulder curb, went airborne and cartwheeled into a retaining wall near a townhouse neighborhood on the north side of Algonquin Road near Kembley Avenue.

The driver of the Nissan GT-R fled the scene — continuing westbound on Algonquin Road, according to at least three witnesses.