Prospect Heights police detectives on May 10, 2017 at about 5:00 p.m. were on patrol in the area of Apple Drive and Milwaukee Avenue when they observed a new model black Chevy Traverse stopped in the middle of the westbound lane of Apple Drive. Officers observed multiple male Hispanic subjects exit the vehicle and approach a male Hispanic victim that had been walking on Apple Drive.

Prospect Heights Police Officers approached the vehicle and identified themselves as police officers. The victim that was being forced into the trunk was able to get away from the driver and ran to the police vehicle for assistance as the driver re-entered the vehicle. A detective stepped in front of the vehicle, but the driver fled the scene, while accelerating toward, and almost striking the detective. The SUV left the area westbound Apple Drive to Piper Lane and fled northbound on Wolf Road with the rear hatch of the SUV still open.

Officers attempted to stop the vehicle but called off the pursuit when it was determined to be dangerous to the public. The incident was gang related, according to Prospect Heights Police Department. The victim discovered by police to be a 20-year-old Belvidere man.

The suspect’s vehicle is described as a black Chevy SUV, possibly a Chevy Traverse, with partial Illinois License Plate “ZX”.

Apparently the suspects are wanted for attempted kidnapping and aggravated battery to a police officer. Police are gathering information, including video surveillance from the area.

Any citizens with information about this incident are urged to call the Prospect Heights Police Investigations Unit at 847-398-5511. 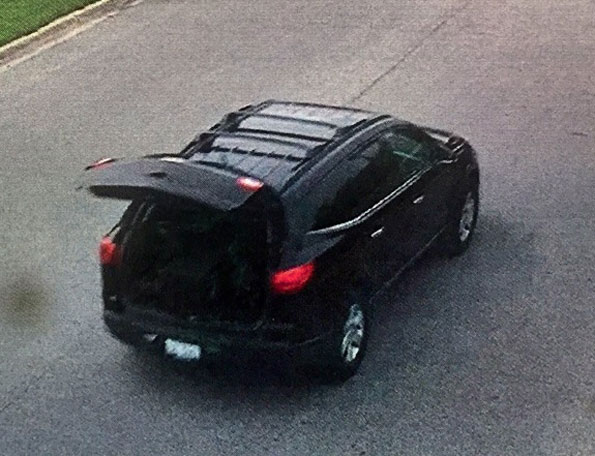