On Thursday, May 4, 2017, Des Plaines Police investigators released an 84-page report into the deaths of Arlington Heights residents and family members Kevin and Anita Crawford and their 20-year-old daughter, Kirsten. The fatal crash occurred on Thursday, February 16, 2017 just before 9:00 p.m. when Piotr Rog, 21, of Des Plaines, crashed his Mercedes-Benz head-on into their vehicle on Northwest Highway near the Lattof YMCA between Mount Prospect Road and Wolf Road. Police ruled the crash was a reckless homicide, but said no charges will be filed because the driver Piotr Rog died.

Rog’s 26-year-old passenger survived, but he does not recall any of the crash after waking from a coma and suffering Traumatic Brain Injury (TBI).

On Wednesday, April 12, 2017, police revealed that Piotr Rog was traveling about 135 mph when his Mercedes sedan crashed head-on with a Chevy Impala

According to the latest release with the 84-page report, Des Plaines police stated that Pitor Rog spent hours before the crash behaving disorderly. Witnesses reported to Des Plaines police investigators that Rog was drinking heavily, had sexually harassing a young woman at a bar, and had punched a bar patron.

The day after the crash, a woman told detectives she and her husband saw Rog at Miner Street Tap at 1494 Miner Street in Des Plaines, just hours before the crash. The couple told investigators another woman had asked them to “save” her from a man (identified as Piotr Rog) who had been harassing her.

That woman confirmed she’d been at the Miner Street Tap bar. She told detectives Rog poked her, continually asked to arm wrestle and later told her he planned to have sex with her. The woman then sought help from the couple that told police about Rog’s behavior.

Rog and his passenger then went to Tap House Grill at 1472 Market St about a block or two away — a three minute walk. Rog and his passenger were never served a drink because a bartender kicked them out for immediately harassing female customers, according to the report. Within minutes, Rog drove his car up to 135 mph and crashed head-on into the Crawford’s Chevy Impala. The trip from Tap House Grill to the crash scene is about 5 minutes at normal speeds, and is the distance of almost 2 miles. A toxicology report showed Rog had a blood alcohol level (BAC) almost triple the legal limit of blood alcohol in Illinois.

When police and firefighters responded to the calls for help and arrived at the crash on Thursday, February 16, 2017, the first firefighter/paramedics on arrival determined that Rog was dead at the scene, and went on to triage other patients — treating and removing Rog’s passenger, and treating the three members of the Arlington Heights family in their Chevy Impala and extricating them within minutes.

Rog’s passenger was removed first from Rog’s Mercedes, and was transported to Level I Trauma Center Advocate Lutheran General Hospital in Park Ridge.

Kevin Crawford, his wife Anita Crawford, and his daughter Kirsten Crawford were extricated within 15 minutes, but Kevin Crawford died in the ambulance immediately after he was extricated by firefighter/paramedics about 9:16 p.m. Anita Crawford was extricated second, and died at Northwest Community Hospital. Kirsten Crawford, who extricated first from the Chevy Impala, died at Advocate Lutheran General Hospital during a CT Scan. The Arlington Heights family was traveling to a soccer game at the nearby Lattof YMCA, and was turning left into the west driveway of the parking lot of the Lattof YMCA when the impact occurred.

Fire command called an EMS Box Alarm, which brought five extra ambulances to the scene. When Prospect Heights firefighter/paramedics arrived, they were assigned with other crews to extricate Piotr Rog’s body from the driver’s seat of his Mercedes. During his extrication, a Prospect Heights firefighter discovered a nearly empty bottle of cinnamon whiskey, which fell out of the vehicle while the body was being removed, according the report.

Des Plaines investigators later went to Rog’s house, where family members told them he and a friend had left for dinner in the afternoon. The report noted that investigators learned that Rog had been prescribed three medicines indicated to treat schizophrenia and bipolar disorder. Family members told police Rog had been in good spirits, despite a recent struggle with depression.

Family members showed detectives a Snapchat video of Rog and his friend at a bar, according to the police report.

Weeks later, when Rog’s passenger awoke from a coma, he could not recall the night of the crash, and his earliest memories were from a day before the crash, according to the Des Plaines police report.

The Crawford’s two youngest children, ages 10 and 16, who had lived with their family members in east-central Arlington, currently live with their grandparents in Mount Prospect. 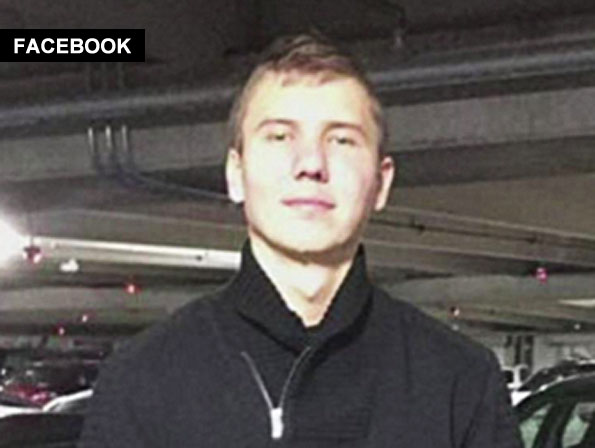