Civilians and firefighter/paramedics and a police officer were honored for two recent medical calls in Rolling Meadows. In each case a life was saved.

Police Department Honors Geunyoung Pak for Narcan Save at Meijer Store
On March 13, 2017 at about 3:40 a.m. for a call for help for a 39 year-old female that was stumbling and staggering in the Meijer store in Rolling Meadows.

While Rolling Meadows police were responding, the woman collapsed in a toy aisle at the Meijer store. She had no pulse and no respiration. Rolling Meadows Police Officer Geunyoung Pak administered a Narcan injection in the woman’s thigh when he believed the woman had possibly overdosed on heroin or another opiate.

Rolling Meadows Fire Chief Scott Franzgrote, who presented the honors, explained the importance of the initial response of CPR/AED-trained citizens and the response of firefighter/paramedics capable of Advanced Life Support. 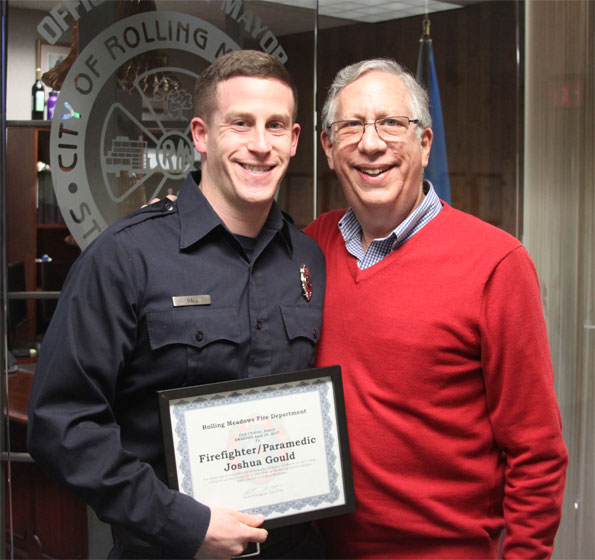