The Cook County State’s Attorney’s Office has apparently dropped an attempted murder charge and persisted with an aggravated battery charge in a case involving a man stabbed in the neck in an apartment complex. Nancy Balladares, 5’4″ 156 LBS was booked Monday, April 17, 2017 and held without bond after her release from the hospital. Her next court date is scheduled today at Rolling Meadows Cook County Circuit Court. The status of an attempted murder charge is unknown at this time.

Buffalo Grove police and firefighter/paramedics responded about 3:28 a.m. Saturday, April 15, 2017 to 840 Trace Drive to a report of a person stabbed with a knife.

Police and paramedics responded to a first floor apartment after a woman allegedly stabbed a 32-year-old man in the neck and head. Three people were holding the suspect down before police arrived. Police immediately secured the scene and firefighter/paramedics were able move immediately to the scene.

Earlier Saturday, about 2:00 a.m., police were called to the scene for a domestic dispute. The 9-1-1 caller, Lourdes Cazares, requested assistance regarding an argument between herself and her roommate, Nancy Balladares, age 25. Buffalo Grove police officers spoke with Nancy Balladares and her two roommates — Cazares and the 32-year-old man — and the disputed appeared to be reconciled. No arrests occurred and police left the scene.

After the second incident involving the stabbing, police determined that the 32-year-old man was stabbed by Balladares after he told her he was going to call the police again. He was transported to a local hospital with injuries that were believed to be not life-threatening.

Balladares was transported to a different hospital for injuries she suffered during the incident, police said. Balladares was charged Saturday afternoon with attempted murder and aggravated battery with a deadly weapon for allegedly stabbing the male roommate. She remained hospitalized and under police supervision Saturday evening. Balladares is expected to be processed and taken to Cook County bond court as soon as she as released from the hospital.

After additional investigation and consultation with the Cook County State’s Attorney’s Office, the two charges were approved late Saturday afternoon against Balladares — Class 1 Attempted Murder and Class 3 Aggravated Battery with a Deadly Weapon. 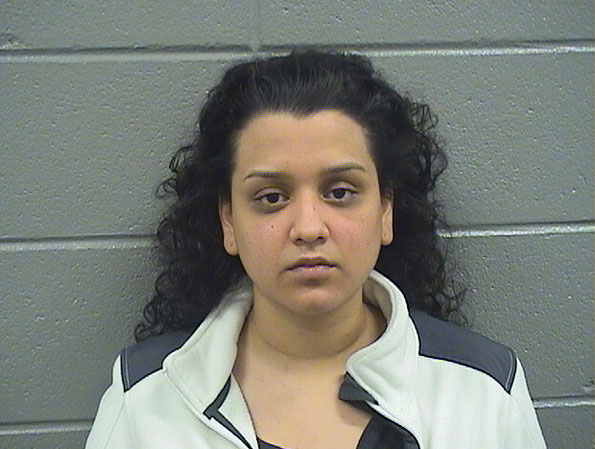