Arlington Heights police are seeking help from the public for the identification of two armed robbery suspects that robbed the Illinois Title Loans business at 822 West Northwest Highway on Saturday March 18, 2017. Surveillance images show key features that may help with identification: silver automatic pistol, brown boot and dark blue jeans, white bag for money, and a black mask with light-colored gloves. Residents that might recall seeing these suspects or can match the suspects with a vehicle or a visit to a fast food restaurant, etc. are urged to contact the Arlington Heights Police Department at 847-368-5300, or 9-1-1 for an active sighting.

Two suspects were described as male/black subjects wearing dark hoodies and tan pants. At least one of the suspects was carrying a white bag.

A silver automatic pistol weapon was displayed during the robbery. No vehicle description was initially declared.

The business has a back alley and is in line with several other businesses on the north side of Northwest Highway between Euclid Avenue/Salem Avenue and Kaspar Avenue.

Police patrol cars were on the scene and patrolling the residential neighborhood near the robbery scene immediately after the crime was reported.

This information is preliminary and is expected to develop in the next 24-48 hours. 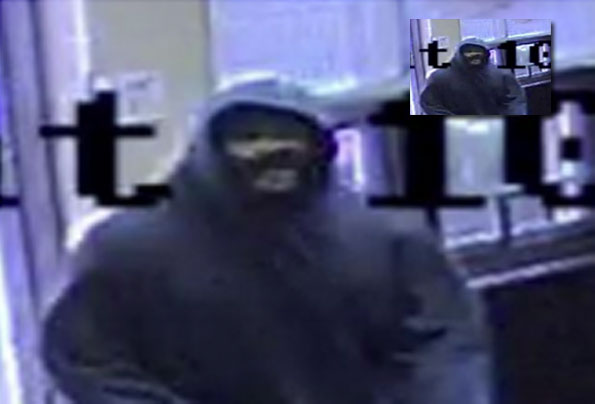