If your final conclusion that Melissa McCarthy’s impression of Sean Spicer on Saturday Night Live was funny last weekend, and that the joke on behalf of Chicago’s murder rate was funny, there’s something seriously wrong with your priorities. Technically Melissa McCarthy’s impersonation of Sean Spicer is funny. The makeup is funny and her mannerisms are hilarious. However, when you look back at the real Spicer, you realize she’s not exaggerating his actual character. She’s just the mean kid in high school that decides to pick on some poor undeserving kid in school every day. There’s nothing accurate about her impersonation. It’s just a random hit on a personality because he’s the new kid on the block. Just like a new kid at high school that moves into the neighborhood over the summer, is not accepted by the mean “cool” kids when school starts, and is ridiculed just because he’s there. Apparently that’s funny for high school students, and adults that never grew up.

Sophomoric Melissa McCarthy needs to put some substance behind her comedic skills. 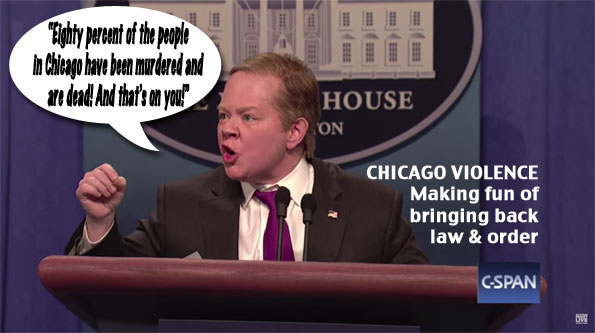 McCarthy made light of Chicago’s high murder rate with an absurd exaggeration, with Spicer proclaiming: “Eighty percent of the people in Chicago have been murdered and are dead! And that’s on you” — pointing to the media at the press conference he says, “you did that.”

FLASHBACK: Where was SNL’s humor that could have exaggerated how President Barack Obama ignored the murder rate in his hometown? Obama had no task force to help the City of Chicago — nothing for eight years. Maybe a SNL skit could have involved an impersonation with Barack Obama golfing at The Beverly Country Club at 87th and Western, hosting Afghanistan President Ashraf Ghani. With each golf stroke, the two presidents could have bragged about who’s country is safer. While “Barack Obama” boasted about the safety of Chicago, perhaps CPD could have been involved in a shootout and police chase with gang members, spilling over into the golf course. Obama ignores the witnessed violence on the golf course, and President Ashraf Ghani stands with his putter shocked and appalled. Oblivious Barack Obama would then trivialize the police vs. gang conflict, and continue to gush over the plethora of shopping opportunities on Michigan Avenue, delicious Chicago pizza, rich historic museums, and a beautiful Chicago skyline … all this while Chicago police are putting a bullet hole in one gang banger after another on the greens at The Beverly Country Club. Obama smiles and enjoys his day on the golf course, while assuring the Afghan president that everything is OK and that the media is over-reporting the violence.

Chicago’s death and suffering is SNL’s humor and profit.

It might as well be an 80 percent murder rate to the family of those victims. Surely it must feel like an 80 percent murder rate to them — actually it must feel like a 100 percent murder rate to family members and neighbors. But if you don’t have a clue and you watch Saturday Night Live, you would think that Chicago doesn’t have a violence problem. You’d thinks that “Spicey” and Trump are just making a big deal out of nothing. If you think that part of the SNL skit was funny and it didn’t sour your whole impression of the skit, you’re as brain dead as the 746 that were killed in Chicago in 2016, and the 70 that have been killed so far in 2017.

Why is Melissa McCarthy, who grew up in Chicagoland (Plainfield, IL), given a pass on this insensitivity? The cruelty should make you cry, not laugh. 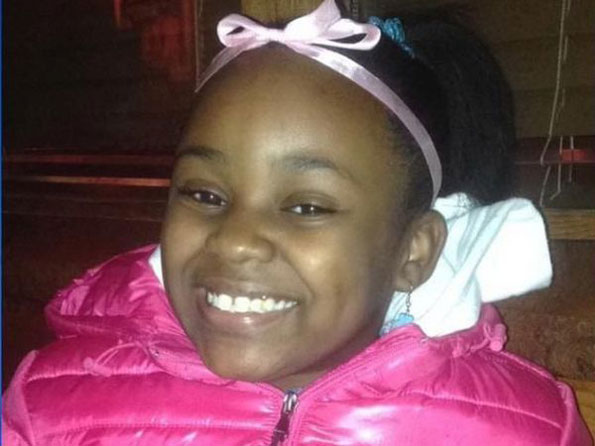 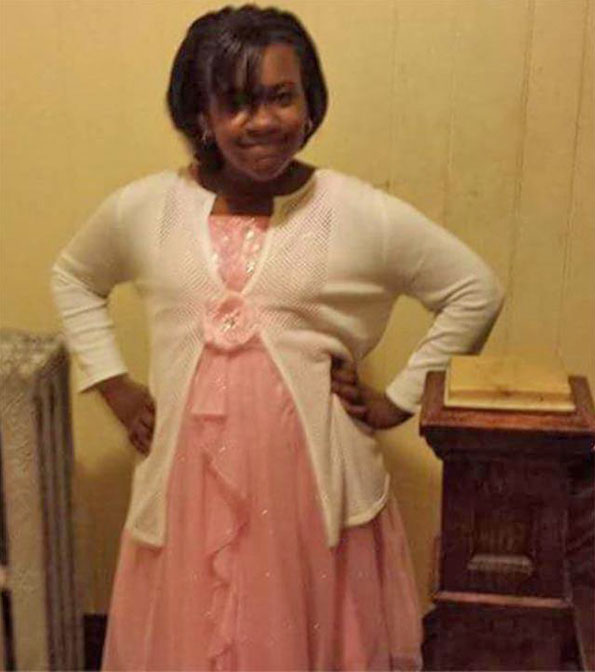 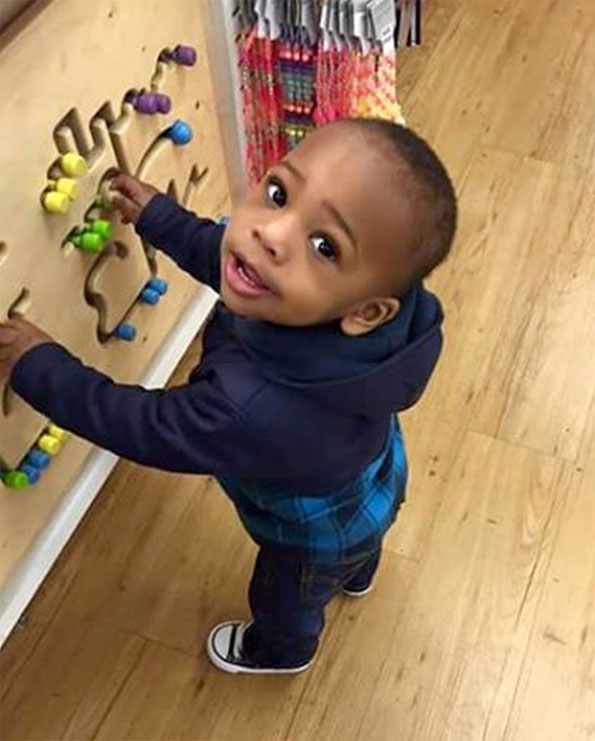