Morton Grove police have charged Yogini Tailor, 54, with a felony count of leaving the scene of a personal injury accident after she allegedly drove away after a hitting three pedestrians and a house with her vehicle. One of the victims was a 2-year-old child.

Yogini Tailor is believed to be the driver involved in a hit-and-run incident that occurred about 11:14 a.m. Wednesday February 1, 2017 in the block of 8500 Menard Avenue in Morton Grove.

Tailor’s vehicle allegedly left the roadway and hit a man, a woman, the toddler, and a house, according to Morton Grove police. The male victim was reported to have been thrown against the house. All three victims, including a mother and her child, were transported to Advocate Lutheran General Hospital in Park Ridge. Their conditions were listed as stable.

The Morton Grove building department was also called to the scene to check for structural damage of the house that was struck. 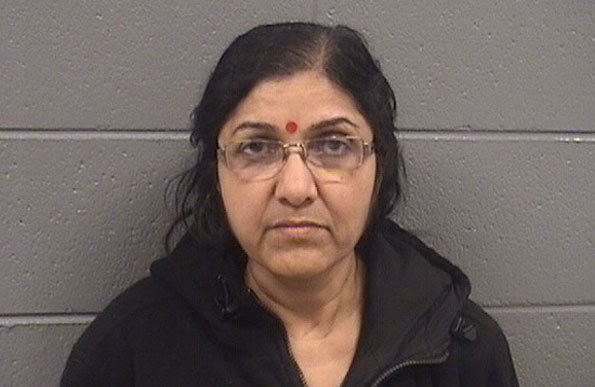