Mount Prospect Police Department responded Tuesday, November 8, 2016 at 9:12 A.M., the to a delayed report of an armed robbery at El Amigo Carniceria, located at 403 East Euclid Avenue in Mount Prospect. The preliminary investigation revealed that at approximately 8:40 A.M. on Tuesday, November 8, 2016, a male subject entered the convenience store and pointed a handgun at the cashier, demanding money. The cashier provided the offender with an undisclosed amount of United States Currency (USC). The offender then exited the store to a nearby red/burgundy sedan, possibly a Nissan Maxima, and fled the area. The cashier was not injured and no customers were in the store at the time of the robbery.

The male offender is described as possibly African American or Hispanic, approximately 5’08” and 200 lbs., wearing a black winter style hat, a black mask covering the lower half of his face, a black jacket, and a light colored shirt. 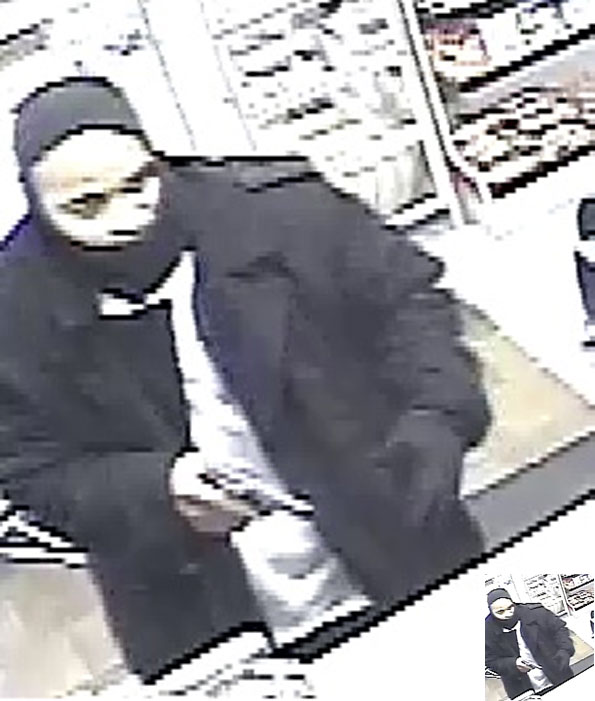