Barrington police and firefighter/paramedics responded about 12:20 PM Sunday to a report of a house fire at 218 W Russell St Barrington, Il. A caller reported flames coming from the roof and the back of the house. The house, located on Russell Street between Lill Street and Dundee Avenue was reported to be possibly vacant.

The fire apparently originated on the floor, extended to the second floor and attic, and vented through the roof.

The fire was declared under control at 1:50 p.m.

No injuries were reported early regarding this incident. 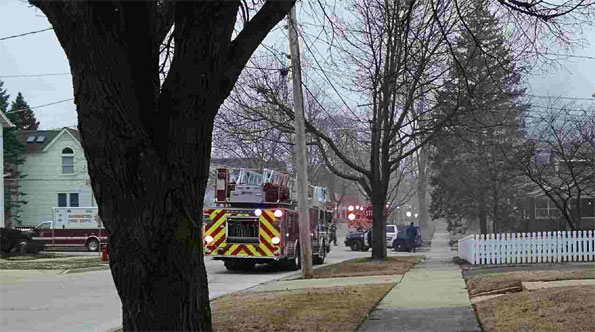 LIVE TRAFFIC MAP of neighborhood to a report of a house fire at near 218 W Russell St Barrington, Il …

NOTE: Numeric addresses may be incorrect (e.g., may show an address that was reporting the incident or may show an estimated address).