The suspect took several bottles of Tide detergent bottles and Rogaine products. He exited through the Osco side (south side) after switching the entrance door to “hold open” mode. The suspect placed the stolen goods in the trunk of his car, which appeared to be a red Chevrolet Impala.

The combined value of the products was $241.

The offender is described as a white male, 20-25, 6’0-6’2, clean shaven short black hair and side burns, wearing a gray fleece jacket with black elbow patches, khaki pants and khaki boots. 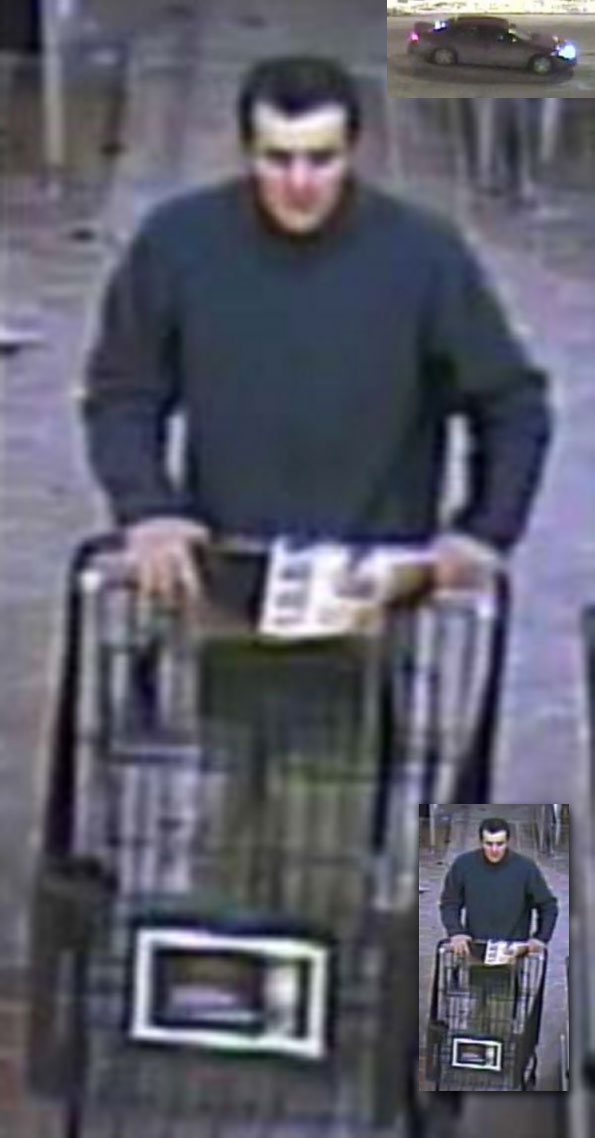