Several people grabbed their phones and took a picture of the rising Moon as they walked out of Mariano’s on Monday.

On Dec. 13, 2016, the full moon will be at perigee causing it to look brighter and slightly larger than a usual full moon. This is the third straight month where the full moon can be considered a ‘Supermoon.” 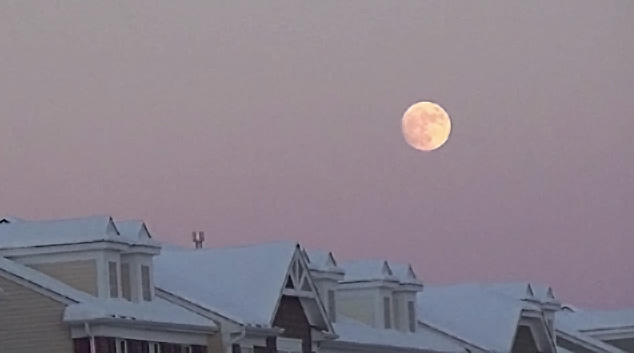