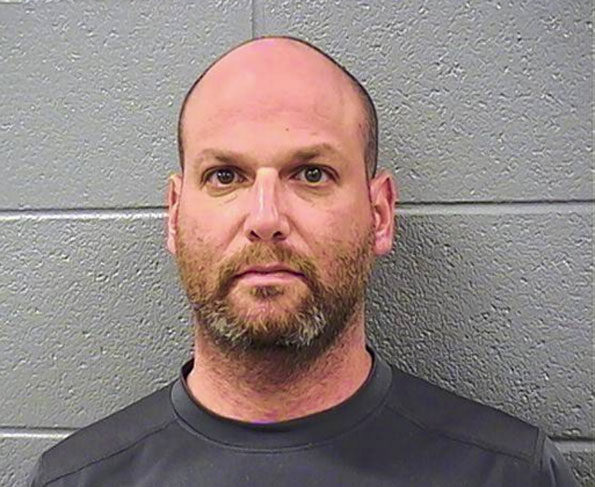 A Warrenville man has been charged with arson in connection with a fire last March at a two-story single family home he owns in Palatine The house fire at 1039 North Penny Lane near Countryside Drive was reported at 6:05 p.m. Sunday, March 6, 2016.

The investigation determined the fire broke out in the utility room of a home on the 1000 block of Penny Lane after someone ignited a mattress, McGee said.

According to a Palatine police news release issued Wednesday afternoon, Richard Moss, who was the only person at the house on Penny Lane, initially lied to police and claimed the fire was started by a charcoal/wood food smoker outside. Further investigation determined the smoker had not been in use at the time of the fire.

Palatine firefighters described the fire as a deep-seated fire in the basement. The fire was declared under control at 6:46 p.m. Firefighters searched the smoke-filled home for any possible occupants while the fire was being extinguished. No one was injured in the fire at the home, which Moss rents out, McGee said.

Firefighters continued to work on salvage and overhaul, but the house was deemed uninhabitable after the fire.

The fire was fought by 27 firefighters, staffing four engines, two ladder trucks, one rescue squad and four ambulances which responded to the scene along with three command officers and two Fire Investigators. Crews from the Palatine Rural Fire Protection District were among the initial responders to the scene as part of an automatic mutual aid agreement, and assistance was also received from the Barrington Fire Department.

During the incident, a unit from the Long Grove Fire Department stood by in a Palatine fire station to provide coverage for any additional calls. Palatine Police officers assisted at the scene with traffic and crowd control.

State’s Attorney Maureen McGee said the delay in charging Richard Moss was because of the ongoing police and insurance company investigations.

If convicted, Moss faces up to 15 years in prison. He next appears in court on Oct. 27.