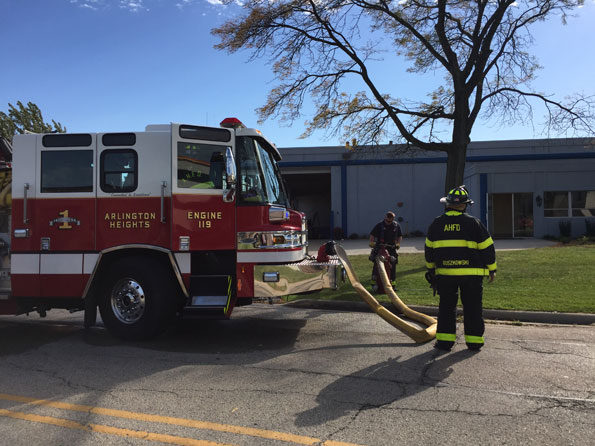 There was a report of smoke showing from the roof of a commercial building at Planned Plumbing, Inc.

Workers tarring the roof reported they were attempting to extinguish the fire with a fire extinguisher.

Arlington Heights Fire Chief 100 on arrival reported light smoke showing from the roof with workers on the roof — out investigating.

Police on scene reported workers were tarring the roof.

Engine 4’s crew reported workers on the roof said they had a fire.

Engine 4’s crew reported smoke inside the building with some active fire in the void space under the roof.

Firefighters inspecting the roof reported no extension beyond the tuckpoint.

LIVE TRAFFIC MAP of neighborhood to a report of a fire on the roof of a commercial building, near 25 East University Drive Arlington Heights, Il …