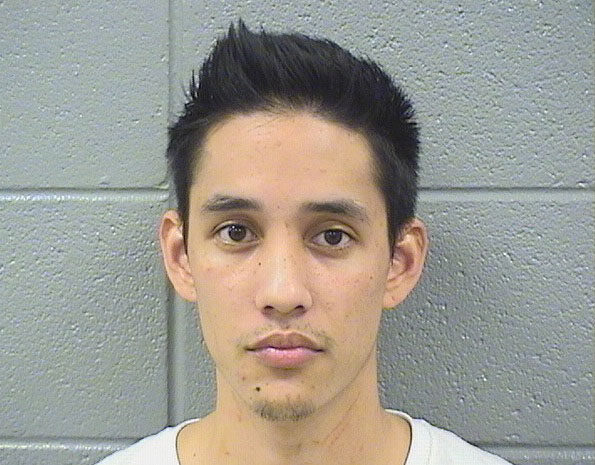 Cook County assistant state’s attorney Alyssa Grissom said Gorre and the woman, who is seven months pregnant, got into an argument Monday over Gorre’s relationship with a female co-worker. Gorre put a pillow over the woman’s face and a towel across her throat, restricting her ability to breathe. At one point, Gorre put a sock in the woman’s mouth to keep her from screaming while arguing in the apartment living room, according to Grissom.

The woman attempted to flee, but Gorre grabbed her hair. She was able to run from the living room to the bedroom, leaving behind a cellphone. Gorre hid the cellphone under the couch, Grissom said.

The woman eventually got away and ran to a neighbor, who called police, Grissom said. When police responded, Gorre jumped off the balcony in the block of 4200 North Bloomington Avenue and fled the scene.

Gorre pleaded guilty to battery earlier this year and had been placed on supervision with an order of protection from the earlier dispute with the same woman in May 2016.

Grissom said that the Department of Children and Family Services (DCFS) has begun an investigation of the conditions regarding the 7-year-old child.

On Friday, September 23, 2016, Cook County Judge Joseph Cataldo set bail at $20,000 for the violation of supervision and $225,000 for the aggravated domestic battery charges and other current charges. Gorre was ordered held on a total bail of $245,000.