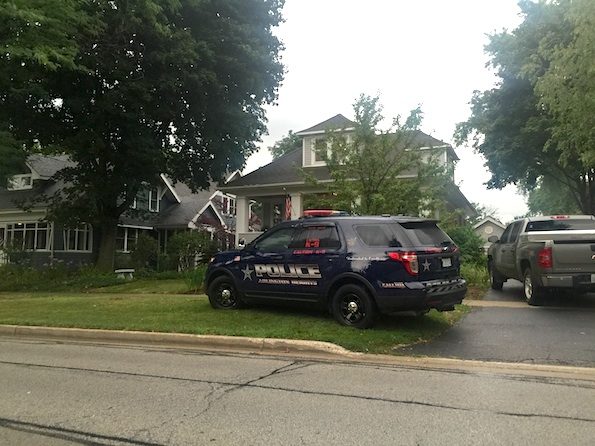 Police surrounded a home and searched the property about 6:40 p.m. Friday in the 400 block of East Euclid Avenue.