VIDEO: Police manhunt near Northwest Highway and Yale and neighborhood nearby results in capture of escaped suspect from Cook County Courthouse on Kaspar Avenue, Arlington Heights.

Michael Neu looked out his back window to his open garage and noticed his wife’s car trunk lid was moving and the car was bouncing up and down like someone heavy was in his trunk. He knew there was a manhunt for an escaped suspect from Cook County Courthouse in Rolling Meadows from a Facebook alert from Arlingtoncardinal.com.

He had seen that the police were in his neighborhood when he arrived home from work, and immediately went out to notify them. They were in the front yard next-door when he told them that he thought the suspect might be in the trunk of his wife’s car.

Police with guns drawn immediately ordered the suspect to the ground with his face down. He was transferred without incident to a Cook County Sheriff’s squad car.

The search had been concentrated near Northwest Highway and Yale. The suspect was described as a male/black with long dreadlocks and he was last seen northeast of the courthouse.

Police stopped a vehicle on Harvard Avenue south of Oakton when they spotted a man in an SUV that matched the description of the suspect. Several police cars were committed to the traffic stop, but they soon realized that the man in the SUV was not the suspect, and left the area.

Just minutes later at about 5:10 p.m. the suspect was captured on Kaspar Avenue north of Northwest Highway and a few blocks over from the Harvard Avenue traffic stop. Following the police tip from Michael Neu, who found the man trying to hide in the trunk of his wife’s car in his garage. That’s when Cook County Sheriff’s deputies and Arlington Heights police officers, who were right next-door in the front yard made the capture. A police helicopter had just arrived to start searching overhead — preparing for a night search with a searchlight if the search was prolonged past sundown. After transfer to the Cook County Sheriff’s squad car on Kaspar Avenue, the suspect was transported back in custody with Cook County law enforcement officers.

Neighbor describes finding escaped suspect in his garage while police were in the front yard next-door. 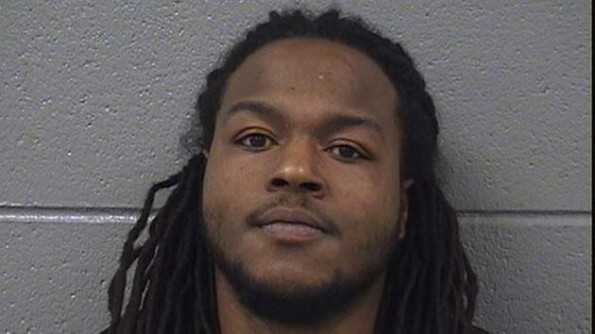 Police said earlier in the afternoon that the escaped suspect was Jonathan Scott, 26, who was inside the Rolling Meadows courthouse when he suddenly ran from the courtroom and escaped the building at the southwest corner of Euclid Avenue and Wilke Road.

Scott was in custody on drug-related charges, according to police. 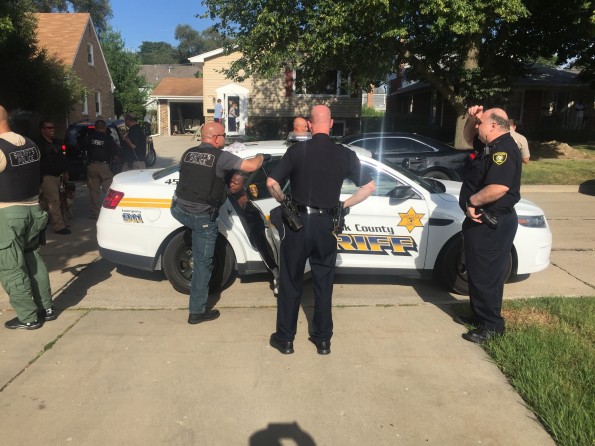