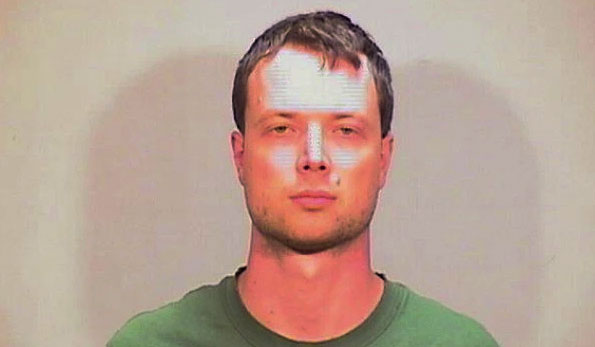 A man who allegedly manufactured explosive devices and kept them in the bedroom of his Lindenhurst, Illinois home in Lake County was ordered detained in federal custody today. An informant tipped off authorities on Thursday that Michael Suopys might be buying supplies online to build a weapon at his home in the 800 block of Jefferson Drive in Lindenhurst, prosecutors said.

U.S. Magistrate Judge Sidney Schenkier ordered Michael Suopys, 28, held without bond on a charge of knowingly possessing an unregistered destructive device. A detention hearing is scheduled for June 15, 2016, at 10:30 a.m.

A federal criminal complaint alleges that Suopys built two pipe bombs by filling a metal pipe with Nitrocellulose and adding a wick. Suopys was also charged in Lake County Circuit Court with possessing bombs containing an explosive substance, which is a Class 3 felony. The state charge was dismissed this morning.

“Thankfully, law enforcement at the federal, state and local level was able to identify and safely interrupt the threat described in the complaint,” said Zachary T. Fardon, United States Attorney for the Northern District of Illinois. “The Federal Bureau of Investigation, Lake County State’s Attorney’s Office and Lindenhurst Police Department are to be commended for their diligence and collaboration in this investigation.”

The federal complaint was announced by Mr. Fardon, along with Michael J. Anderson, Special Agent in Charge of the Chicago office of the FBI; Michael G. Nerheim, Lake County State’s Attorney; and Tom Jones, Chief of the Lindenhurst Police Department.

The federal charge carries a maximum sentence of ten years in prison and a fine of up to $250,000.

The public is reminded that a complaint is not evidence of guilt. The defendant is presumed innocent and is entitled to a fair trial at which the government has the burden of proving guilt beyond a reasonable doubt. If convicted, the Court must impose a reasonable sentence under federal statutes and the advisory United States Sentencing Guidelines.

The government is represented by Assistant U.S. Attorney Matthew Hiller.