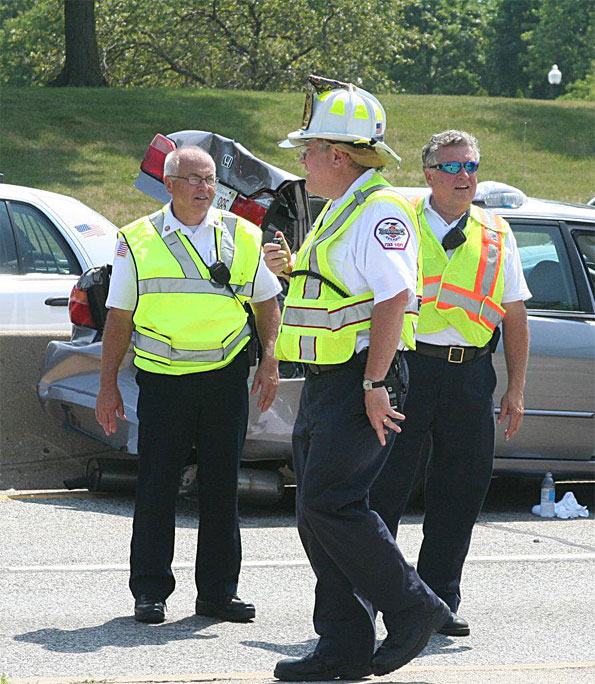 At this year’s Mayor’s Breakfast held Saturday, April 30th Mayor Nick Helmer presented Fire Chief Donald Gould Jr (photo above left) with the PROSPECT HEIGHTS LIFETIME ACHIEVEMENT award for his 49 years of service to the city as a member of the fire department.

Chief Gould served Prospect Heights as a firefighter, lieutenant, captain, and assistant fire chief. He was appointed Fire Chief in 1988.

• Remodeling and expanding the main fire station in 1991

• Opening of the east side fire station in 2006

• Modernizing the entire fleet of vehicles to include the purchase and replacement of ambulances and fire trucks.

• Maintaining a healthy, financially sound organization with limited debt and a balanced budget for the past 27 years.