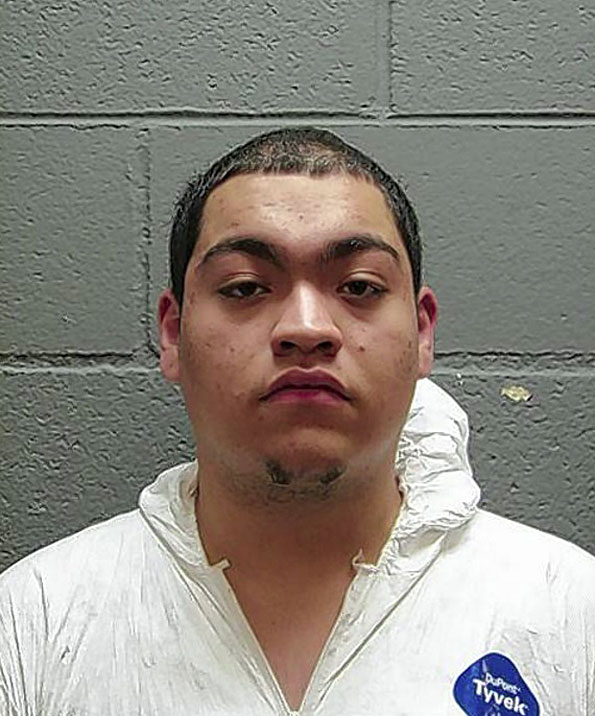 Cook County Sheriff’s deputies, Des Plaines firefighter/paramedics and Elk Grove Township firefighter/paramedics responded about 11:29 a.m. Sunday to a report of a home invasion, but after some searching found a male shot. Initially it was believed that a male teen was shot, but in fact, a 27-year-old Plainfield man was shot and critically wounded by an 18-year-old Des Plaines-area man.

Miguel Esquivel, of the 400 block of West Touhy Avenue in unincorporated Des Plaines, is facing a felony weapons charge with the allegation that he shot a man who was attempting to force his way into his residence Saturday morning to collect a debt. Esquivel’s bail was set at $50,000 Monday on a charge of aggravated unlawful use of weapon.

Esquivel also is being held without bail on an unrelated aggravated battery charge. He was out on bail at the time of the shooting Sunday.

Police from the Cook County sheriff’s office, Des Plaines and Rosemont were called to Esquivel’s residence at 11:30 a.m. Saturday in response to reports of a possible home invasion. When they arrived, they found an unresponsive man on the ground with gunshot wounds.