Tracy Czaczkowski, age 44, of Buffalo Grove mother and the victim of an apparent random shooting just south of the Wisconsin Dells on I-90/94 Sunday, has died, according to the Dane County Sheriff’s Office.

Czaczkowski’s husband is an 11-year employee of the Drug Enforcement Administration (DEA), but currently the shooting is believed to be a random shooting, according to police investigators.

The family of four — mother, father and their two children — were on their way home to Buffalo Grove from the Wisconsin Dells on I-90/94 when a suspect shot at their vehicle from another vehicle, a Chevy Blazer, about 3:00 p.m. Sunday, May 1, 2016.

Sauk County (Wisconsin) Sheriff’s Deputies responded about 3:00 p.m. Sunday to a drive-by shooting on I-90/94 near mile post 95 (near Lake Delton, Wisconsin). A suspect fired three times into a car attempting to pass the shooter’s Chevy Blazer. An initial investigation determined three rounds went into the victims’ car. Two bullets hit the car, but a second or third round hit the 44-year-old female passenger in the neck according to law enforcement. The shooting victim was Buffalo Grove mother of two, Tracy Czaczkowski. She was riding with her two children while her husband was driving. She was airlifted from the highway and transported to St. Clare Hospital in Baraboo, then transferred to UW Hospital where she is listed in very critical condition. The second round fired by the suspect entered the front passenger window and struck Tracy Czaczkowski in the neck.

The family was driving home from a weekend at the Wisconsin Dells — heading back to Buffalo Grove, Illinois. The children and Tracy’s husband were not injured. The shooting is believed to be a random act of violence.

For nearly 20 miles, police say the suspect and his two brothers had sped down Wisconsin roads. Witnesses reported they were throwing out beer cans before police used road spikes to stop them. The alleged shooter was stopped on I-90/94 near Deforest, Wisconsin using the spike strips. He was shot by two Columbia County sheriff’s deputies after allegedly refusing to drop his gun. The suspect’s gunshot wounds are not believed to be life-threatening. Witnesses on the highway saw the suspect — with his gun and other hand waving — walk across the highway toward the police officers before he was shot.

The suspect hasn’t been formally charged and authorities have not released his name. He also remains hospitalized in Wisconsin. The other passenger in the offenders’ vehicle was also arrested. 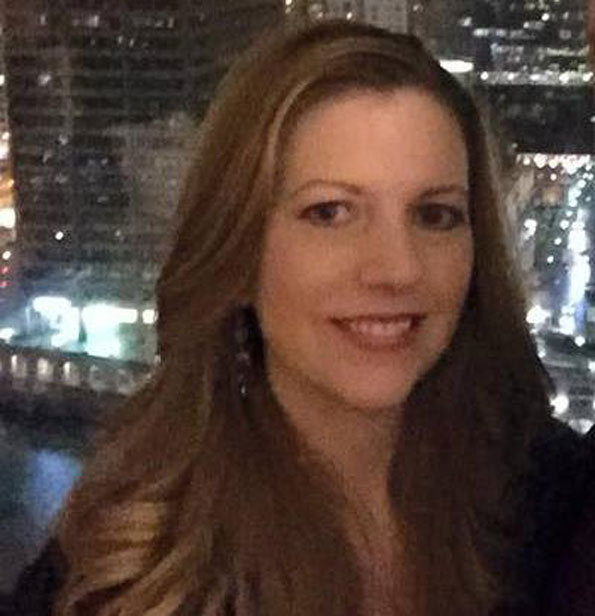 Lake Delton, Wisconsin is just south of Wisconsin Dells, and about 180 miles from Buffalo Grove, Illinois.