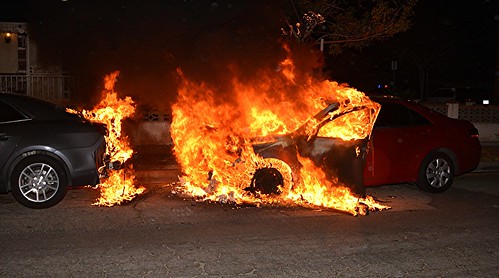 The Los Angeles Fire Department responded at 2:53 AM on Saturday April 30, 2016 to an automobile fire following a traffic collision in the 900 block of West Lucas Street. The crash appeared to be a relatively minor crash, but one car was well involved with flames extending to another upon the LAFD’s arrival. City of San Fernando Police Officers had safely removed the driver, uninjured, before flames consumed his car. © Photo by Rick McClure.

The lesson is to be cautious in any type of vehicle crash. 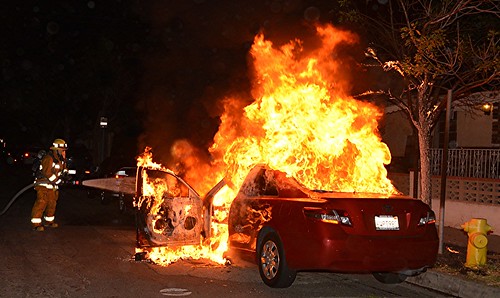