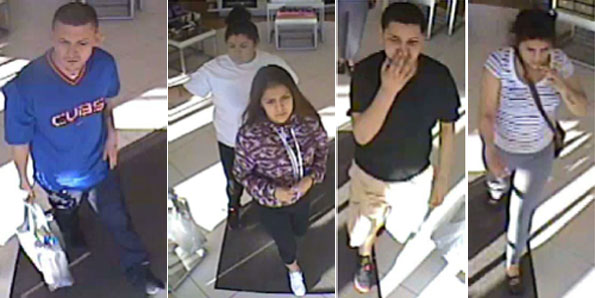 Offender one is described as a male Hispanic, 25 years old, wearing a Cubs shirt;

offender three is described as a female Hispanic 25 years old dark hair in a bun wearing a plain white t-shirt;

offender four is described as a female Hispanic 25 years old with a tattoo on her left forearm (possibly cursive phrase), long dark hair wearing a white striped shirt with a dark purse; and