VIDEO: Warehouse fire on Davis Street east of Arthur Avenue about 6:10 a.m. Thursday that was upgraded to a second alarm fire — MABAS BOX ALARM at about 6:34 a.m.

First firefighters on the scene reported flames through the roof of a very large structure at 6:13 a.m.

Firefighters immediately set up for a defensive operation and fire command requested a MABAS BOX ALARM at 6:14 a.m.

Several neighbors near the Stonegate neighborhood heard explosions and stood along Northwest Highway to see what was happening. They immediately saw large flames coming from the warehouse just south of the Union Pacific railroad tracks.

Firefighters set up master streams from two Tower Ladder trucks — one from Arlington Heights and one from Mount Prospect. Firefighters also surrounded the building with several handlines to stream water on the buliding and through windows.

The fire alarm was struck out at about 6:34 a.m. with firefighters still working at the scene. 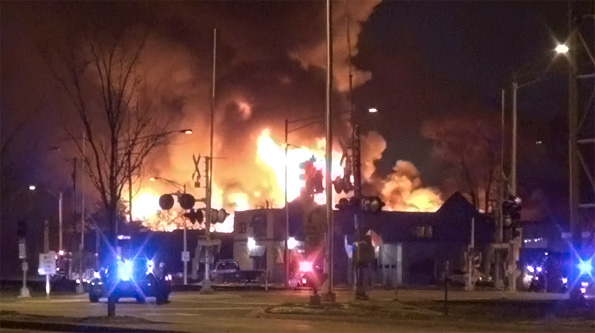 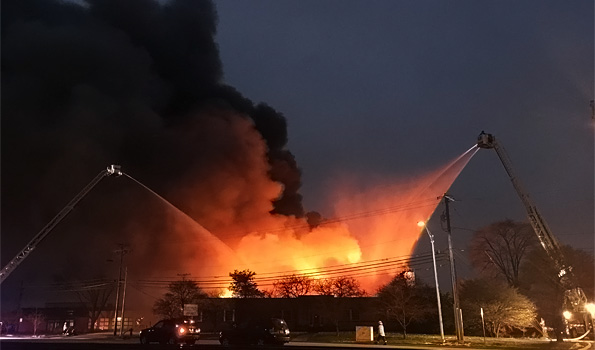