A small chain of natural pet food stores is growing too quickly for its own good, according to Marc Lemonis, of CNBC’s The Profit. The flagship store opened in 2008, and is located at Sigwalt Street and Evergreen Avenue in Arlington Heights. In the business reality TV show The Profit, the star of the show (Lemonis) risks his own money by giving business owners a boost. In return, Lemonis gets a percentage of equity in the business.

The Profit wants to do business with good people on CNBC.

In the 2015 season premiere (aired Oct. 28) of “The Profit”, entrepreneur Marcus Lemonis takes a look at a pet food store that focuses on healthy food. Lemonis offers a $400,000 equity check for 25% of equity to Giovannis and Lisa Senafe, co-owners of Bentley’s Corner Barkery.

Lemonis also offers $1.3 million to fund the acquisition and the conversion of the location to be compliant with his successful retailing expertise.

If the Senafe’s pay back the $1.3 million and interest, then Marcus Lemonis drops his ownership to 25 percent.

Bentley’s Corner Barkery motto is to be product loyal and not brand loyal. Lemonis breaks down that thinking to be more open-minded and forgiving to pet food suppliers. Lemonis found some foods that were being overlooked by the Senafes. 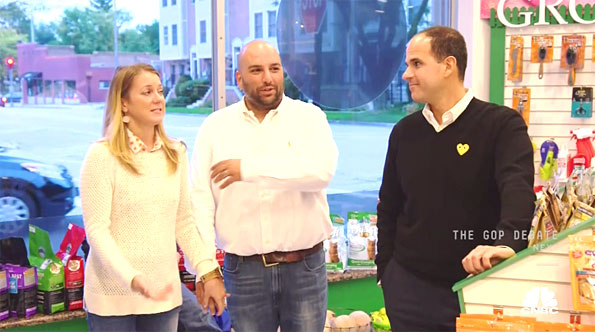 The Profit is an American reality television show broadcast on CNBC. On each episode Marcus Lemonis offers struggling small businesses capital investment and his expertise in exchange for an ownership stake in the company. The series premiered on July 30, 2013.

Marcus Lemonis is described as a serial entrepreneur and a philanthropist

LIVE TRAFFIC MAP of neighborhood near …