The FBI and other federal, county and local law enforcement agencies have released the suspect image and description details for the Arlington Heights TCF Bank suspect from Monday, November 9, 2015. The suspect robbed the bank at about 10:04 a.m. 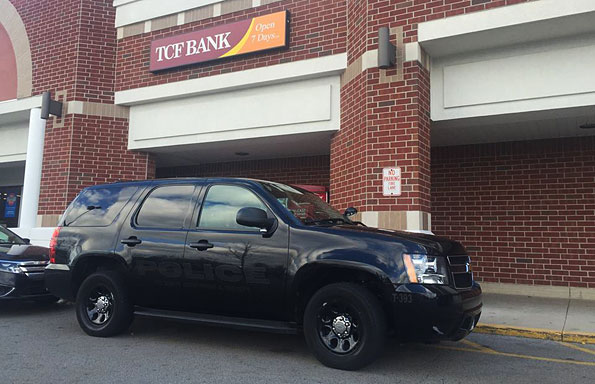 Palatine police investigate bank robbery at the TCF Bank in the lobby of the Jewel-Osco at on Dundee Road and Hicks Road.