Waukegan police responded about 6:50 PM Thursday to a bank robbery at at TCF Bank at Jewel-Osco, 922 North Green Bay Road Waukegan, IL. Police received a report that a man robbed the TCF Bank inside the Jewel-Osco.

The offender was described as a male/black, 5’8-6’0″ large build, wearing a black hat, a black hoodie and a breathing apparatus with a tube hanging from a face mask.

The robbery was described as a non-takeover robbery with no weapon displayed. 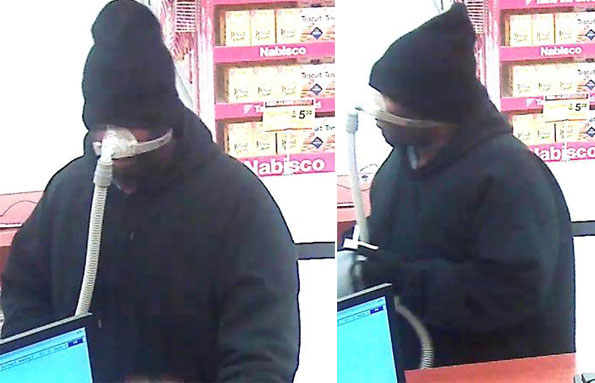