UPDATE: Fire has rekindled at about 7:00 a.m. Check Metra for updates on train passage through the area.

UPDATE: Hold released on Metra Train traffic at 5:42 a.m. Train #602, scheduled to arrive Chicago at 6:10 AM, is operating 12 minutes behind schedule due to a fire adjacent to the tracks. 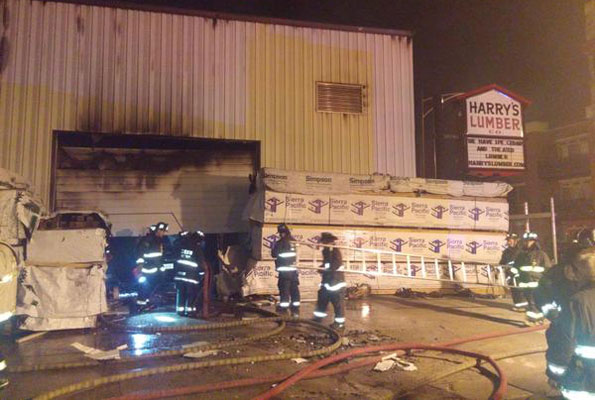 A lot of fire was reported inside the building. Hose lines were placed across Northwest Highway.

The fire was response was upgraded to a Still and Box Alarm at 4:02 a.m.

Metra trains on the Northwest Line were halted near Norwood Park just before 5:00 a.m.

Inbound and outbound train movement has been halted in both directions near Norwood Park on the Metra/Union Pacific Norhwest Line due to a fire near the tracks. The duration of this delay is unknown. Please listen to platform announcements for delay times or refer to Rail-Time Tracker located on metrarail.com for current delay information. Updates will be provided.