Just opened due to incredible demand! Ditka’s. Yes, Da Coach is having a barbecue! Celebrate Independence Day at Ditka’s Den for an all‐American cookout in Arlington International Racecourse’s backyard, complimented with a sensational show of fireworks for a feast full of festivities.

See Arlingtonpark.com for latest details for the whole weekend.

Wednesday, July 2, 2014 at 8:00 p.m.
MAIN STAGE – CHICAGO SIX
DAILY HERALD AND FRONTIER
DAYS bring you…CHICAGO SIX
including Dan Hampton, Otis Wilson
and Steve McMichael. They will rock
the house with a fun time for all.

Thursday July 3, 2014 at 8:00 p.m.
MAIN STAGE – SISTER HAZEL
SERVICE SANITATION and FRONTIER DAYS bring
you…SISTER HAZEL – five gifted musicians whose
talent has been called one of the TOP 100 Most Influential
Independent Performers of the last 15 years. You will
hear hits such as All For You, Champagne High, and
Change Your Mind.

Friday July 4, 2014 at 8:00 p.m.
MAIN STAGE – GIN BLOSSOMS
LAKESHORE BEVERAGE and
FRONTIER DAYS bring you…
GIN BLOSSOMS with a smart pop
sound of melody, mystery and poignancy
that Gin Blossom fans have come to
love. Singing Found Out About You,
Hey Jealousy, Allison Road, and Follow You Down.

Saturday July 5, 2014 at 8:00 p.m.
MAIN STATE – THE BACON BROTHERS
VILLAGE BANK & TRUST and
FRONTIER DAYS bring you…THE
BACON BROTHERS and their band
have 7 CDs and a live DVD. They have
appeared on Live with Kelly & Michael
and Jimmy Kimmel Live. Their music is a
mix of rock, country, and folk and have
their fans dancing and singing along. 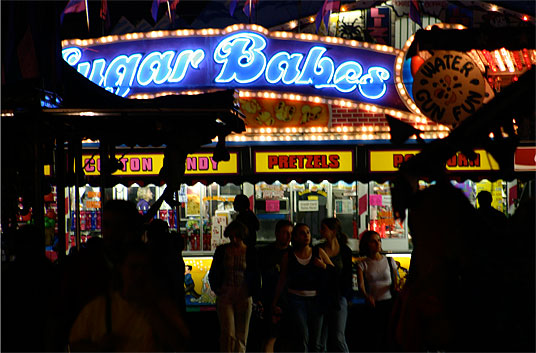 The official name for this event is Frontier Days Festival.
Frontier Days is sometimes incorrectly referred to as Arlington Heights “Pioneer Days”