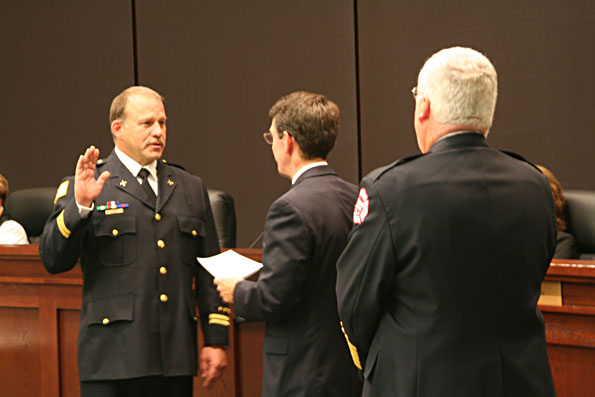 Fire Commander William Kidd swearing in to his duty as Fire Commander at the Monday, November 18, 2013 Village Board meeting with Arlington Heights Mayor Thomas Hayes.

William F. Kidd has served over 28 years with the Arlington Heights Fire Department, hired as a firefighter/paramedic on October 21, 1985, and was promoted to lieutenant on November 16, 2009. Kidd also served on the Dive Team for nine years, and held a leadership position for 25 years with the firefighter’s association Local 3105, finishing his service as President of Local 3105 in May 2013. 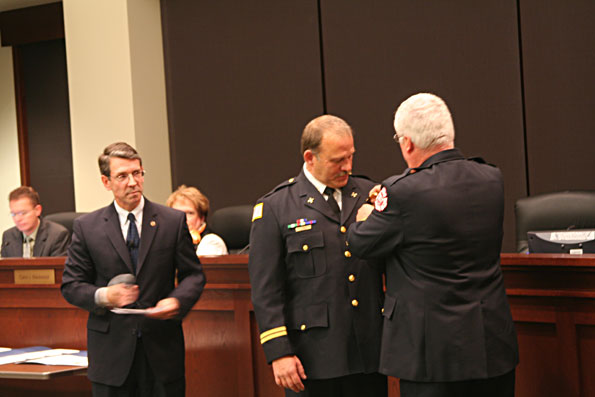 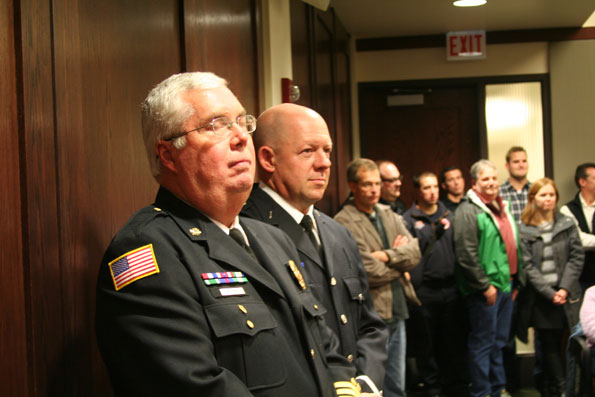 David G. Roberts was promoted from Fire Engineer to Lieutenant a U.S. Navy veteran joined the Arlington Heights Fire Department on May 10, 1999 as a firefighter and was promoted to firefighter/paramedic after two years. Roberts was promoted to firefighter/engineer on February 27, 2011, has served on the Technical Rescue Team, and has also served as a State Certified Fire Investigator for the Arlington Heights Fire Department. Roberts also served as a steward for the Arlington Heights Firefighter’s Association Local 3105 for six years, and has served as Vice President for the last four years. Also on Monday, November 18, 2013, Roberts was awarded a Humanitarian Service Medal from the International Association of Fire Chiefs for his service as a mutual aid task force firefighter on the Gulf Coast following Hurricane Katrina. 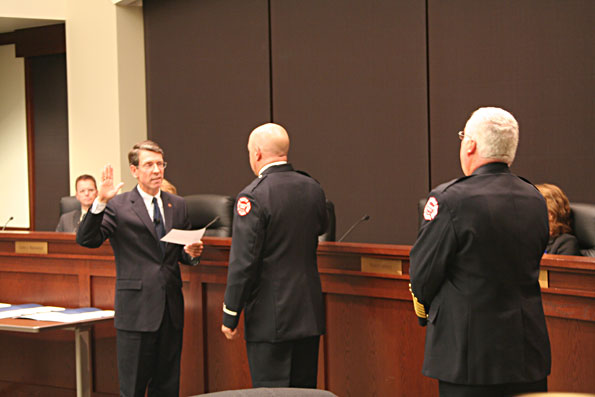 Fire Lt. David Roberts swearing in to his duty as Fire Lieutenant at the Monday, November 18, 2013 Village Board meeting with Arlington Heights Mayor Thomas Hayes. 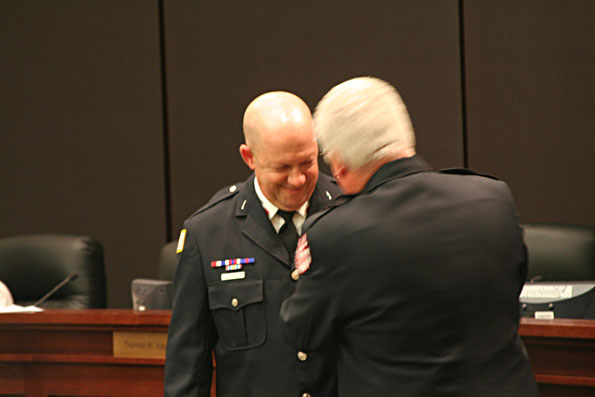