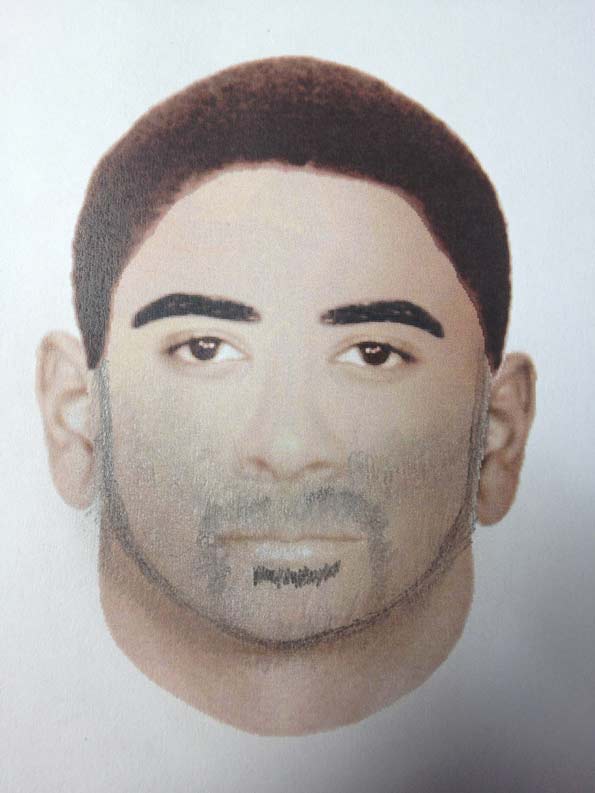 Schaumburg police and firefighter/paramedics responded about 5:52 AM Sunday to a report of a victim beaten at 1100 North Knollwood Drive Schaumburg, IL. The Schaumburg Police Department (SPD) is requesting the public’s assistance in identifying two suspects in the beating of a 30-year old female resident of Schaumburg. At approximately 1:45 a.m. on Friday, August 9, 2013 the victim was taking garbage to a dumpster in an apartment complex parking lot on the 1100 block of North Knollwood Drive. The victim was confronted by two offenders who beat her. The victim fell unconscious and upon awaking the offenders had fled. The victim sustained some torn clothing, but it is unknown if the intent was a sexual assault. The victim was treated at a local hospital for cuts and bruises.

Suspect #2 was with a white Pitbull dog The dog had a dark spot on one eye, clipped ears and a clipped tail and was possibly named “Dueces”. 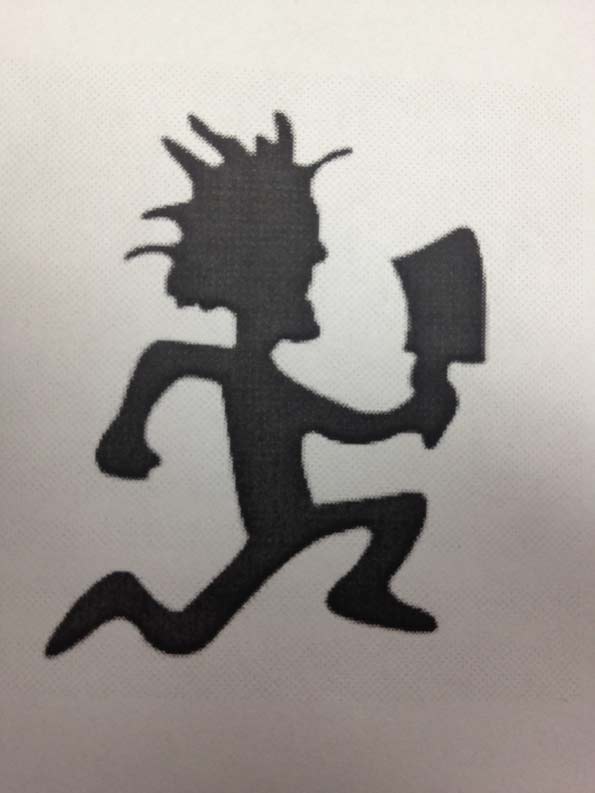 Suspect #2 had a tattoo of a man running with a hatchet on the right side of his neck.

The tattoo described is known to be connected to a horrorcore subgenre of hip hop music with horror-themed lyrical content an imagery (e.g., fans of Insane Clown Posse/ICP). The hatchet man logo is is used by violent Juggalo gang members as well as non-violent fans of the hip hop music. In September 2012, Insane Clown Posse launched a lawsuit against the FBI claiming the FBI violated the rights of Juggalos on the mistaken belief that they are “gang members”. Criminal and gang-related activity has been attributed in several states to self-described ‘Juggalos’ in recent years (at least since 2007), including assaults, drug trafficking, vandalism, burglary, shootings, theft,robbery, and numerous murders.

In a Schaumburg Community Alert that police released on Saturday August 10, 2013 at 11:25 a.m., police did not reveal whether the woman awoke and called 9-1-1, or whether a passer by discovered the woman and called police.

Two strong armed robberies were reported near this location in May 2013. Two separate incidents May 18, 2013 and May 20, 2013 involved necklaces being ripped away from female victims. Neither of the females were injured in the May 2013 incidents.

Police urge any citizen with information about this case to contact the Schaumburg Police Department Investigation Division at 847.882.3534 or
E-mail: [email protected]

Map of area of beating on Knollwood Drive, Schaumburg …