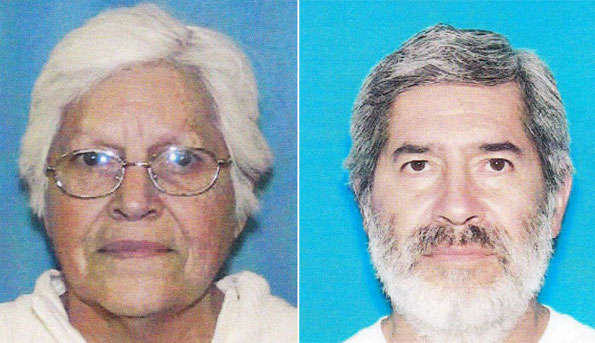 The Schaumburg Police Department (SPD) is requesting the public’s assistance to locate a missing and endangered senior citizen. Agripina Resendiz is under the guardianship of the Illinois Office of State Guardian due to her medical condition. She was the resident of a Schaumburg health care facility as a result of a court order. Her son, Armando Resendiz, spent several hours visiting her at the facility yesterday (Aug. 14). Agripina was later discovered missing by staff and she may be with Armando at this time. It is believed that Armando resides in various hotels in the NW Cook or DuPage County area.

Any citizens who see Agripina Resendiz, Armando Resendiz, or the described vehicle are urged to immediately call 9-1-1 to report the sighting. Any citizens who may have information about this case are requested to contact SPD Investigations at 847.882.3534.