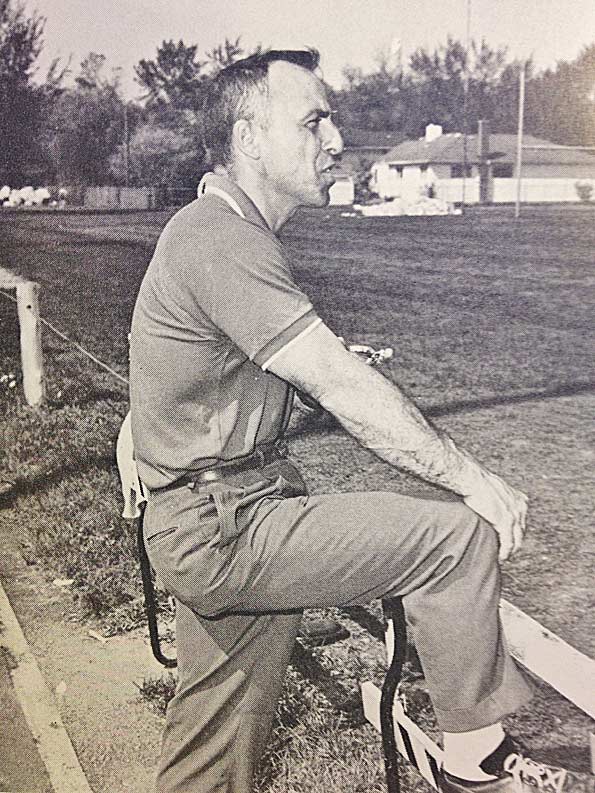 Russ Attis looks over his athletic field in 1966 at Arlington High School.

More than a respected coach for the successful cross country teams and track and field teams, Russ Attis was a leader of character. He was as much interested in physical fitness for everyone — well before the fitness craze of the 1980s developed into the current interest in wellness and physical fitness. He was all about school spirit connected to athleticism and physical fitness, and how it related to an entire student’s whole being — intellectually and physically. To Russ Attis, that message to all students was as important as any sports trophy. 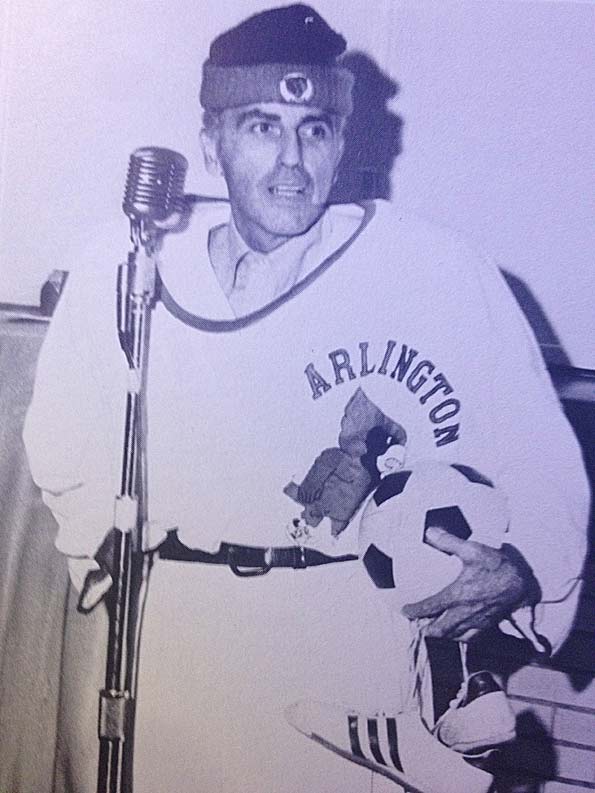 Up to 1984, when Arlington High School was closed because of declining enrollment in District 214, Attis was remained a physically fit example to students. He led, but was never condescending. The school closing broke his heart, and he retired with the school building’s closure (Make sure you see Attis TURN YOUR SCARS INTO STARS SPEECH IN 2002 at ARLINGTON HIGH SCHOOL POST-CLOSING HOMECOMING in 2002). Attis kept up with his workouts, and today looks forward to being 90-years-young.

An informal reception is scheduled from 10 a.m. to noon, Saturday August 10, 2013 in the former home economics room just across the hallway that borders the south wall of Grace Gymnasium. There will be a cake-cutting and brief ceremony at 11 a.m. There is no charge for the event, which will include a chance take a look at the school — including Grace Gym, the Dragon Gym, hallways, Dean Guy Vena’s detention area, Bruno Waara’s and John Rowe’s principal’s office, the football field, and Christian Liberty Academy’s new track, and more.