Recently released surveillance video captures a dramatic struggle on July 26th in the City Hall lobby in Beaverton, Oregon. An agitated man lunged at officers, grabbing a gun and firing it once before he was subdued [NO AUDIO].

Jared Steven Leone walked into Beaverton City Hall on Friday evening and told a person at the police department’s records desk that he was overdosing on drugs and asked for help. Three officers came out to the lobby and suddenly Leone attempted to punch one of the officers and a struggle began.

Police used Tasers on Leone seven times during the struggle, but the Tasers had no effect. Leone appeared to be unable to feel pain, according to Detective Seargeant Jim Shumway. Leone was speaking gibberish and appeared to be on drugs.

Detective Sergeant Jim Shumway reviewed surveillance video of the fight. He said it took the officers six minutes to restrain Leone and take him into custody.

Police are investigating the ease of access to the holstered gun. Usually, a holster has a three step security process that must be performed before the gun can be taken out of the holster. It is possible that some of the safety locks were not secured. 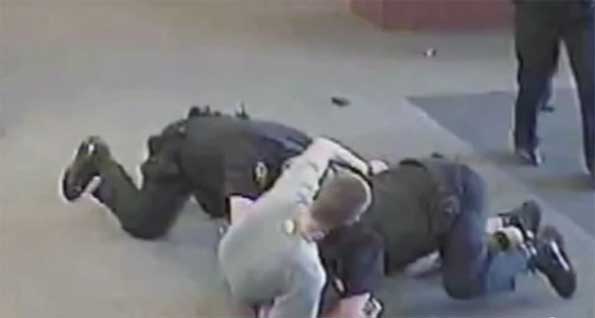 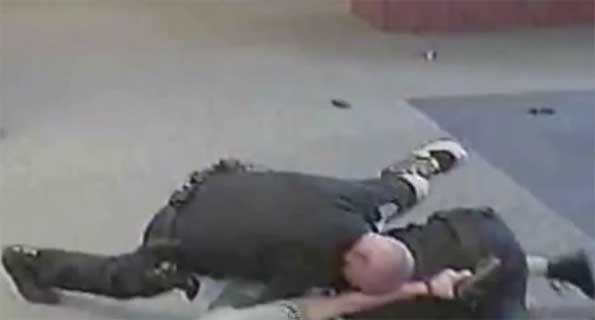