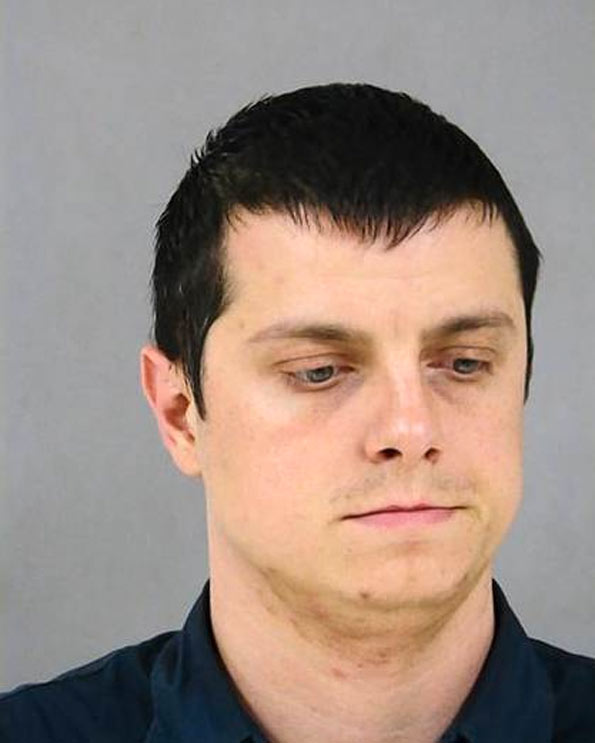 Stefan-Lorin Barbut, 31, of Arlington Heights, is accused of working with another man to collect data on 59 ATM transactions between June 24, 2013 and July 1, 2013 at Community Bank of Oak Park and River Forest. Stefan-Lorin Barbut faces felony charges after police allege he stole bank customers’ data from an ATM outside a River Forest bank located at 7777 W. Lake Street.

Barbut, who is in the United States on a valid Romanian visa, is charged with felony identity theft and felony possession of a scanning device. Police are continuing the investigation and working to confirm the identity of the second man. Police had not charged the second suspect as of Friday afternoon.

On July 1, Community Bank of Oak Park and River Forest personnel discovered a “skimming” device and pinhole video camera – which collect data from swiped cards and video images while customers are entering their personal identification (PIN) numbers. The data was most likely used to create duplicate fraudulent credit cards, according to a press release from the River Forest Police Department. The skimming device is a second card reader that illegally records ATM user data.

River Forest detectives deactivated the device the same day bank personnel reported discovering the device, according to River Forest Deputy Chief James O’Shea . The investigators used high resolution bank security camera images to identify the suspects and the time frames that the subject were at the ATM. Barbut was arrested when he arrived at about 7:45 p.m. the same day and after he adjust an illegal camera and skimmer.

No Community Bank of Oak Park and River Forest members lost money, but federal investigators are still investigating users of non-customers who withdrew money from the ATM on Lake Street while the skimming device and illegal camera were in place.

Community Bank is notifying affected customers, a River Forest Police Department press release states. Any non-customers or persons concerned about the crime who think they should have received notices, and who used the ATM between June 24 and July 1 can contact River Forest detectives at 708-366-7125 for details.

Customers can possibly recognize an illegal device, just like the bank personnel, but it requires attention to details of the ATM. The pinhole cameras (PIN-caputruring devices) can have different forms, but they are the easiest part of the illegal devices to discover. The bank doesn’t have any reason to have a pinhole camera near their card reader, so if customers see a device with a pinhole near the card reader, they need to call police and tell the bank. Some illegal pinhole cameras have been housed by gray plastic strips (.25″ x 0.5″ by 5.0″) or by brochure holder or deposit/withdrawal sheet holder/housings placed right next to the card reader. Skimming devices can also be placed on the door locks that utilize the bank card to unlock the door to get into the small room that houses the ATM. Skimming devices can also be placed on gas pumps.