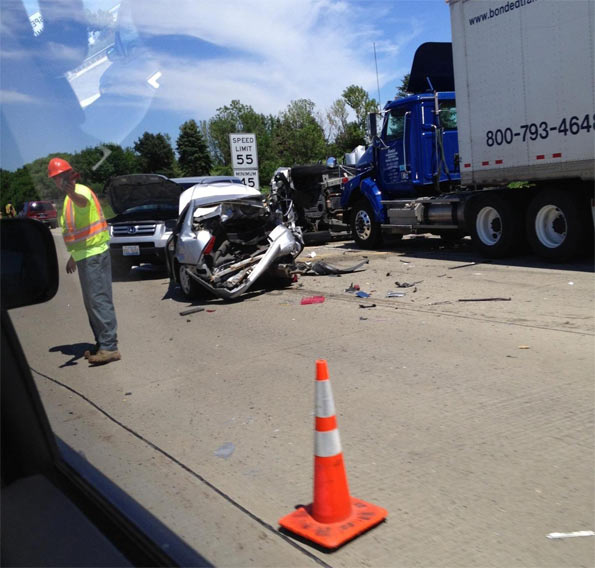 Photo from passenger passing the crash scene on northbound I-94 near Gurnee and Great America (PHOTO CREDIT: pending).

Gurnee firefighter/paramedics and Illinois State Police responded about 10:51 a.m. Friday to a six-vehicle crash involving a semi-trailer truck on northbound I-94 near the 9.5 mile marker (near Grand Avenue). Rescuers initially received a report of two people were trapped and one vehicle rolled over. Witnesses report heavy damage between a car and a semi-trailer truck in heavy traffic bound for Great America in Gurnee. The two right lanes of of the four lanes in the segment of I-94 were blocked.

The front end of the semi-trailer truck was reported pulled out of the truck. A total of fourteen victims were transported to multiple hospitals. Most of the patients were transported to Level I Trauma Center Advocate Condell Medical Center. Injury status on 13 victims included two in critical condition, three people in serious condition and nine people in good condition.