Arlington Heights Fire Department Deputy Chief David Mills, 84, died on Monday after a short illness. He is remembered as a kind-hearted, dedicated firefighter, who was a leader that led by doing and teaching. Mills was a straight-talking, but gentle-talking man who knew how to confront a task and alleviate a conflict.

Mills joined the Arlington Heights Fire Department with Badge No. 1 in 1957, was promoted to lieutenant in 1964, captain in 1969 and deputy chief in 1975. He retired Sepember 15, 1989. Much of his time as deputy chief was served with Fire Chief John “Keach” Hayden, who died following a two-year battle with lung cancer in Port St. Lucie, Florida in December, 2000. 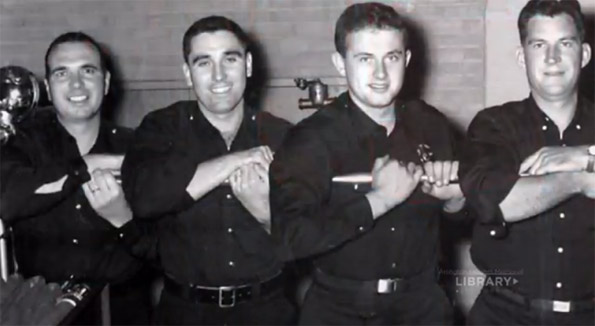 Visitation will take place Thursday from 3:00 to 8:00 p.m. at Meadows Funeral Home, 3615 Kirchoff Road, Rolling Meadows, where services will be held at 10:30 a.m. Friday. Interment will be at Windridge Cemetery in Cary. In lieu of flowers, contributions may be made to Midwest Hospice, 2050 Claire Court, Glenview, IL 60025. For information, Call Meadows Funeral Home 847-253-0224.