Prospect Heights firefighters responded about 6:05 p.m. to a fire at a house with reported lines down in the 700 block of Maple Street. Firefighters on the scene called for Com Ed to respond to the scene.

Numerous trees and lines are reported down, especially in the area near Golf Mill. Firefighters were on the scene about 6:30 p.m. where power lines were down behind Walmart on Golf Road near Milwaukee Avenue. Firefighters reported multiple primary lines down with multiple fires — apparently on the ground in the area — at Maynard Road and Kay Street.

Metra stopped all trains temporarily after the National Weather Service issued a Severe Thunderstorm Warning with the possibility of 70 mph winds. 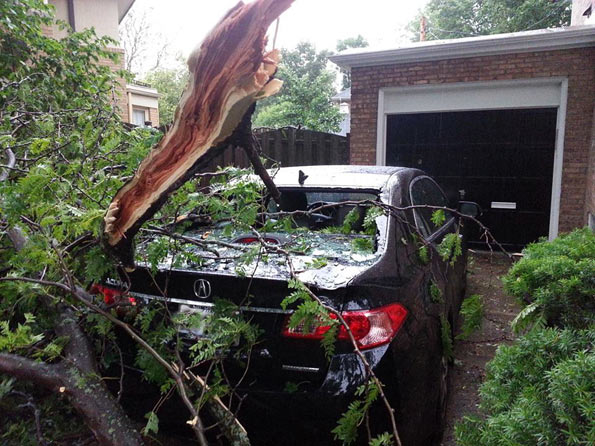 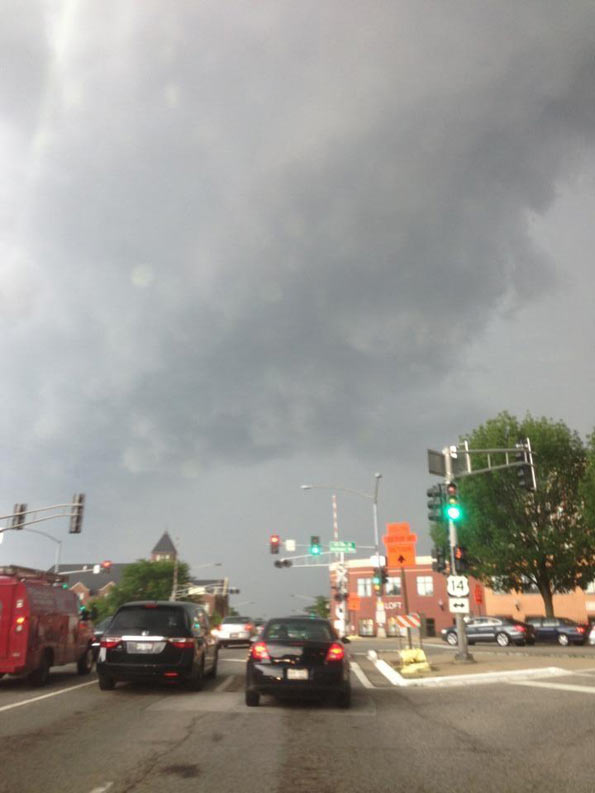 Storm clouds from Monday June 24, 2013 show up at about 5:50 p.m. in a Spring-like storm pattern that continues to affect our area [PHOTO CREDIT: Mark Ahnell].

On June 5, 2013, Arlington Heights Fire Department and several surrounding fire departments switched to a radio dispatch channel that cannot be monitored by the media. None of these fire departments have real time social media notifications, as do several major cities, such as Chicago, Los Angeles, New York and Portland.

If you know of a hazard or would like to report storm damage, please submit a report to Arlingtoncardinal.com after you call 9-1-1.

You can submit the report to …