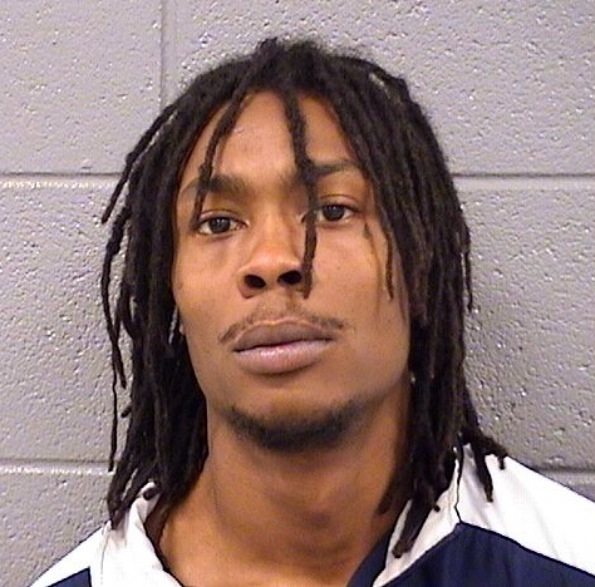 COOK COUNTY, IL – A 26-year-old man from unincorporated Arlington Heights is being held at Cook County Jail after he was charged with battering his girlfriend and forcefully preventing her from leaving the residence, Sheriff Thomas J. Dart said today.

On Monday, approximately at 5 p.m., Cook County Sheriff’s Police were called about a domestic battery that occurred in the 2300 block of Nichols Road in unincorporated Arlington Heights. A 22- year-old woman, who had injuries to her face and wrist, said she had been battered and strangled during the last few days by Emanuel Bentley.

She said a few days before she called police, Bentley punched her in the eye and face during a domestic dispute. When she tried to leave, Bentley took her phone so she could not call for help. He pushed her and choked her to the point where she could not breathe.

She said a couple of days after the first incident, when she made another attempt to leave the residence, the offender bit her arm and burned her right wrist with a lit cigarette.
She said she was able to leave the residence on June 10 by telling Bentley she had to go to the store. She instead went to a relative’s home and called police.

Bentley was charged with aggravated domestic battery and unlawful restraint on Tuesday. His bond was set at $100,000 during a bond court appearance Wednesday at the Rolling Meadows Courthouse. As of Saturday morning, Bentley remains in custody at Cook County Jail in lieu of posting bond. His next court appearance is scheduled for July 5 at the Rolling Meadows Courthouse.