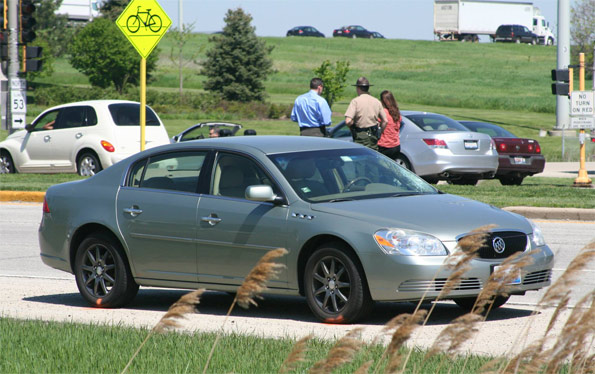 UPDATE: Eastbound Route 72 is expected to be reopened by about noon.

Schaumburg police and firefighter/paramedics responded about 8:57 AM Tuesday to a report of a vehicle-motorcycle crash or a vehicle-bicycle crash near the Busse Woods bicycle trail at East Frontage and Higgins Road Schaumburg, IL. Police and firefighter/paramedics received a report that a victim was in the grass and moving after being thrown into the grass. Cook County Sheriff and Illinois State Police also responded to the crash. The incident actually involved a bicyclist that was apparently crossing just east of East Frontage Road and Route 72.

Firefighter/paramedics transported the motorcyclist with life-threatening injuries to Northwest Community Hospital where the victim was pronounced dead a short time later.

Eastbound Higgins Road was shutdown at West Frontage Road. The ramp from Route 53/I-290 was also shut down.