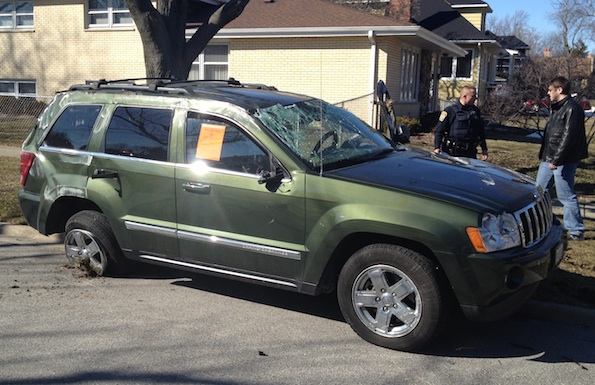 The driver of the Jeep Cherokee was slightly injured, but no crash victims were transported to the hospital.

Police were investigating the crash for about one hour. The driver of the Jeep Cherokee that was allegedly speeding had the right of way, but there was concern that the speeding may have been a major contributing factor to the crash. 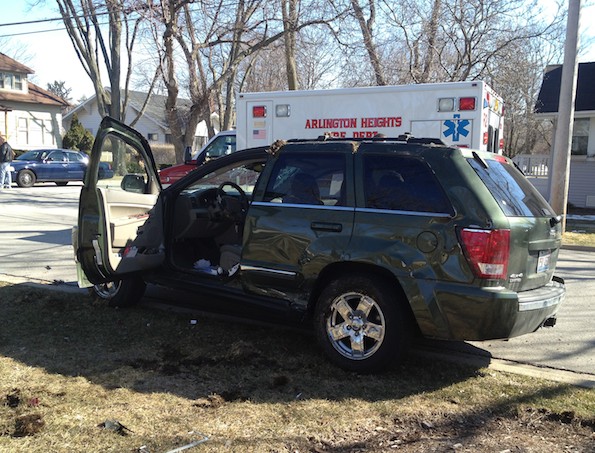 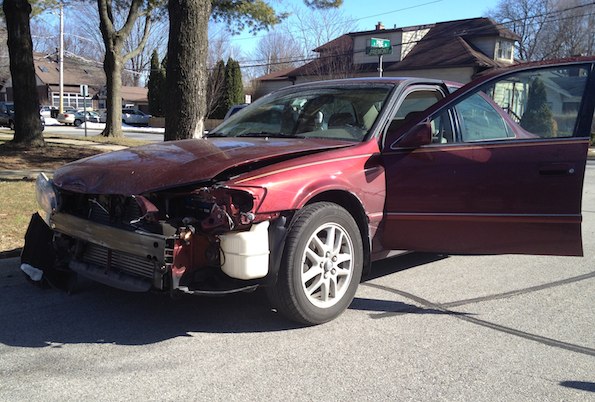 Red Toyota Camry after its front bumper was ripped off by an alleged speeding Jeep Grand Cherokee.