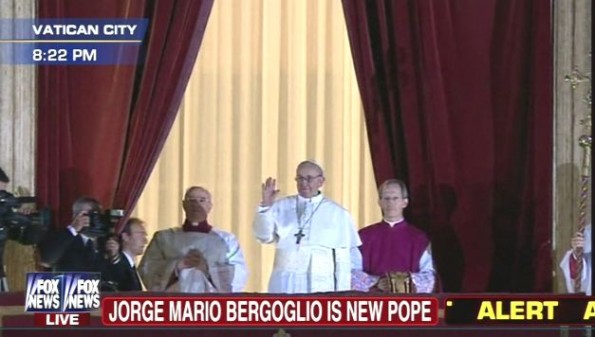 Pope Francis I on the Vatican balcony immediately after the Papal announcement.

Pope Francis I is the first Pope born in the Americas, and the first Pope from the Southern Hemisphere. As Cardinal, Bergoglio became known for personal humility, doctrinal conservatism and a commitment to social justice. He lived a simple lifestyle — choosing a small apartment, rather than a palatial bishop’s residence. He is known to travel by public bus to get around, giving up his chauffeured limousine in favor of public transportation. He also often cooked his own meals.

The regnal name is formal name used by some monarchs and popes during their reigns. “Francis” is a reference his discipleship to the spiritual disciplines of Saint Francis of Assisi.

My brother Cardinals went to the ends of the world to find a new Pope. 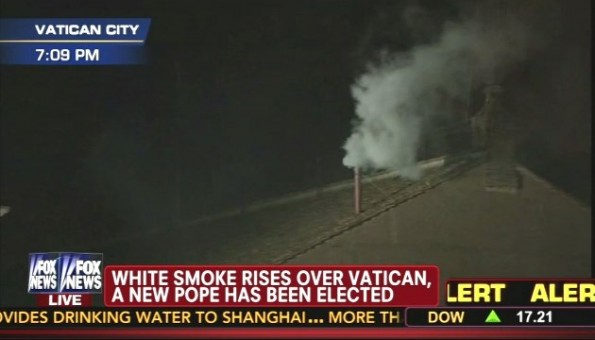 At 1:07 p.m. Chicago time (7:07 p.m. local time in Rome) there was white smoke coming from Sistine Chapel. At Roman Square, people were cheering, while holding umbrellas on a cold, wintry night. Church bells were ringing, as they were here at Catholic churches in Arlington Heights.

About 74 minutes later came the announcement. The Habemus Papam: We Have a New Pope. He is Jorge Mario Bergoglio of Argentina. Pope Francis I.

Tens of thousands of people who braved cold rain to watch the smokestack atop the Sistine Chapel in Vatican City jumped in joy when white smoke poured out, many shouting ‘Habemus Papam!’ or ‘We have a Pope!’ or “Viva il Papa!” 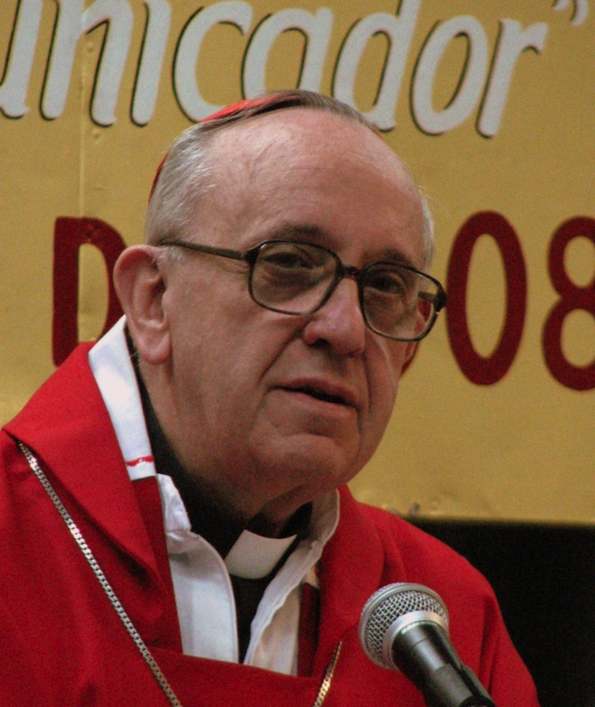 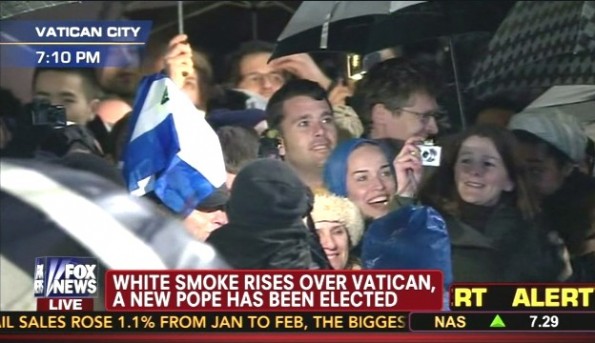 White smoke from the Sistine Chapel chimney signals the Catholic church has chosen a new Pope.

For hours Wednesday, a persistent seagull perched on the copper chimney atop the Sistine Chapel — the one that bellows smoke from the burning conclave ballots.

Cardinals entering the Sistine Chapel for the conclave to elect the next pope earlier this week.