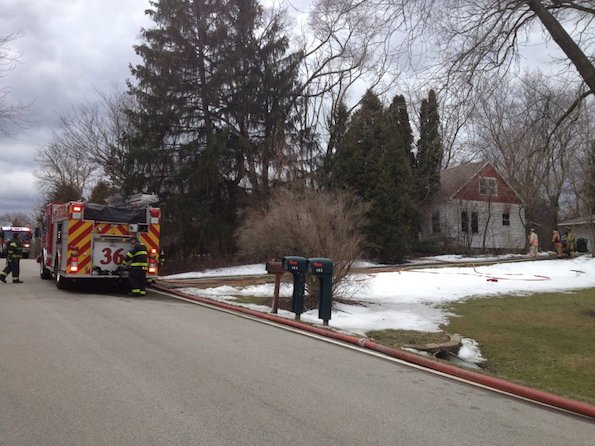 Firefighter called in the fire while responding to the fire, and were reported smoke showing from a kitchen window on arrival. Firefighters called for a working fire response and were assisted by firefighters from Rolling Meadows, Palatine, East Dundee, Barrington, Hoffman Estates and Buffalo Grove.