A 21-year-old man has been charged with home invasion and aggravated battery with a deadly weapon for an attack that included using a handheld dumbbell, Cook County Sheriff Thomas J. Dart announced Thursday.

Around 4:50 p.m. on Monday two men entered the mobile home in the 2300 block of East Oakton in unincorporated Cook County and chased a 20-year-old man into his bedroom. The offenders then punched the victim and hit him twice with the exercise equipment. They left in an unknown vehicle.

The victim, who knew the offenders, was taken to a local hospital where he was treated for non-life threatening injuries and released. Just before 6 p.m. that day, one of the suspected offenders, Nicholas Ungureanu, was apprehended at his home in the 2000 block of Touhy Avenue in Des Plaines by Des Plaines Police. He was turned over to the Cook County Sheriff’s Police Detectives without incident.

Ungureanu’s bond was set at $225,000 this morning at the Rolling Meadows Courthouse. His next court date is scheduled for 9 a.m. April 19.

An arrest warrant has been issued for the second offender, identified as 20-year-old Brian Fogell. Anyone with information about Fogell’s whereabouts is asked to call Sheriff’s Police at 708-865-4896. 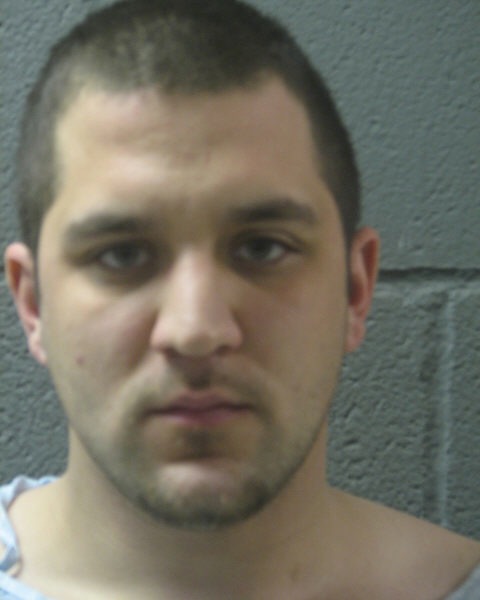