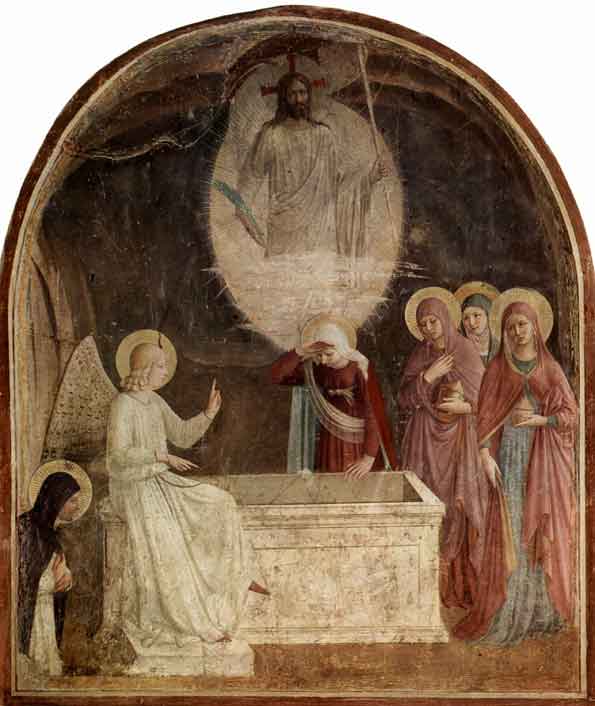 Sunday March 31, 2013 Christians celebrate Easter (also called the Pasch or Pascha) — a Christian festival and holiday celebrating the resurrection of Jesus Christ on the third day after his crucifixion at Calvary as described in the New Testament.

Easter is the culmination of the Passion of Christ — the Christian theological term used for the events and suffering – physical, spiritual, and mental – of Jesus in the hours before execution by crucifixion. Easter is preceded by Lent, a forty-day period of fasting, prayer, and penance. The last week of Lent is known as Holy Week, which includes Palm Sunday, Maundy Thursday or Holy Thursday, Good Friday, and Holy Saturday, but not Easter Sunday. Holy Saturday commemorates the day that Jesus Christ’s body lay in the tomb.

Easter Triduum (Paschal Triduum) is the three day period from the evening of Maundy Thursday to the evening prayer of Easter Sunday. Easter Triduum includes the commemoration of the Last Supper (scriptural basis of Holy Communion) on Maundy Thursday (the anniversary of The Last Supper that occurred just before the crucifixion). Foot washing also is practiced on Holy Thursday. Good Friday celebrates the triumphant peaceful entry of Jesus into Jerusalem.

The date of Easter varies between March 22 and 25 April, and is linked to the Jewish Passover by much of its symbolism, as well as by its position in the calendar. Passover (Pesach) is celebrated as a commemoration of the liberation of Jewish people over 3,300 years ago by God from slavery in ancient Egypt that was ruled by the Pharaohs, and the birth as a nation under the leadership of Moses. Passover commemorates the story of the Exodus as described in the Hebrew Bible especially in the Book of Exodus, in which the Israelites were freed from slavery in Egypt. Passover, the Festival of the Unleavened Bread, begins on the 15th of Nisan — the seventh month (eighth month in leap year) on the Hebrew calendar (first month of the ecclesiastical year). It also begins the first night of a full moon after the northern vernal equinox. Nisan occurs in the Gregorian calendar equivalent of March to April. Passover — 15-21 Nisan – also 22 Nisan outside of Israel among more traditional Diaspora Jews.

The first day of Passover begins after dusk of the 14th of Nisan and ends at dusk of the 15th day of the month of Nisan. In 2013 Passover began sunset of Monday, March 25th and ends nightfall of Monday 1 April (Tuesday April 2 (7th day) among more traditional Diaspora Jews.

I believe in God,
the Father almighty,
Creator of heaven and earth,
and in Jesus Christ, his only Son, our Lord,
who was conceived by the Holy Spirit,
born of the Virgin Mary,
suffered under Pontius Pilate,
was crucified, died and was buried;
he descended into hell;
on the third day he rose again from the dead;
he ascended into heaven,
and is seated at the right hand of God the Father almighty;
from there he will come to judge the living and the dead.
I believe in the Holy Spirit,
the holy catholic Church,
the communion of saints,
the forgiveness of sins,
the resurrection of the body,
and life everlasting. Amen.

— Mass of the Roman Rite, the liturgical rite used in the Diocese of Rome in the Catholic Church.

The Apostles’ Creed is included in the Roman Missal with the indication, “Instead of the Niceno-Constantinopolitan Creed, especially during Lent and Easter time, the baptismal Symbol of the Roman Church, known as the Apostles’ Creed, may be used.” Previously the Nicene Creed was the only profession of faith that the Missal gave for use at Mass, except in Masses for children; but in some countries use of the Apostles’ Creed was already permitted.

The Nicene Creed
I believe in one God,
the Father almighty,
maker of heaven and earth,
of all things visible and invisible.

I believe in one Lord Jesus Christ,
the Only Begotten Son of God,
born of the Father before all ages.
God from God, Light from Light,
true God from true God,
begotten, not made, consubstantial with the Father;
through him all things were made.
For us men and for our salvation
he came down from heaven,
and by the Holy Spirit was incarnate of the Virgin Mary,
and became man.
For our sake he was crucified under Pontius Pilate,
he suffered death and was buried,
and rose again on the third day
in accordance with the Scriptures.
He ascended into heaven
and is seated at the right hand of the Father.
He will come again in glory
to judge the living and the dead
and his kingdom will have no end.

I believe in one, holy, catholic and apostolic Church.
I confess one Baptism for the forgiveness of sins
and I look forward to the resurrection of the dead
and the life of the world to come. Amen.

The Nicene Creed has been normative for the Catholic Church, the Eastern Orthodox Church, the Church of the East, the Oriental Orthodox churches, the Anglican Communion, and many Protestant denominations, forming the eponymous mainstream definition of Christianity itself in Nicene Christianity. 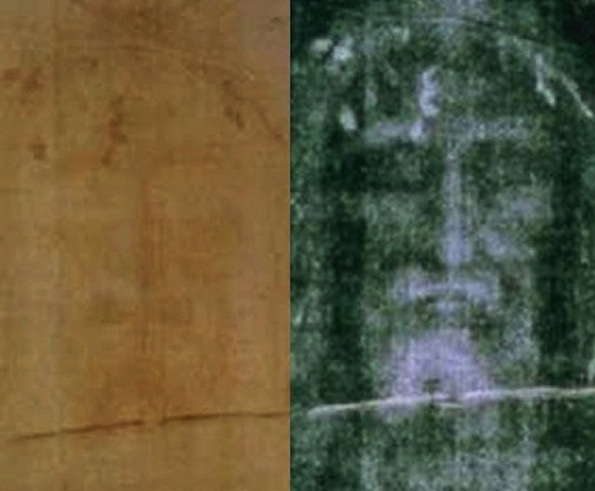 One of Pope Benedict XVI’s last acts as pope, according to Vatican Radio, was the authorization of the broadcast of video of the shroud from Turin Cathedral, where the mysterious Christian relic is kept, out of sight, in a bulletproof, and climate-controlled glass case.

According to Vatican Radio, the images of the centuries-old linen cloth ‘The Shroud of Turin’ were last broadcast in 1973, at the request of then-Pope Paul VI. In 1958 Pope Pius XII approved of the image in association with the Roman Catholic devotion to the Holy Face of Jesus. However, the Roman Catholic Church made no pronouncements claiming whether it is Jesus’ burial shroud, or whether it is a forgery.

In 1978, a detailed examination was carried out by a team of American scientists called STURP. STURP found no reliable evidence of forgery, and called the question of how the image was formed “a mystery”

In an extreme show of faith some, Filipino Catholics are nailed up on crosses as penance for sins. Ruben Enaje, 52, is a Pampanga (Philippines province) carpenter, sign painter, and former construction worker, who was injured in a fall at work. He is noted for participating in a crucifixion re-enactment 27 times, and has participated in the crucifixion every year since 1985 on Good Friday.