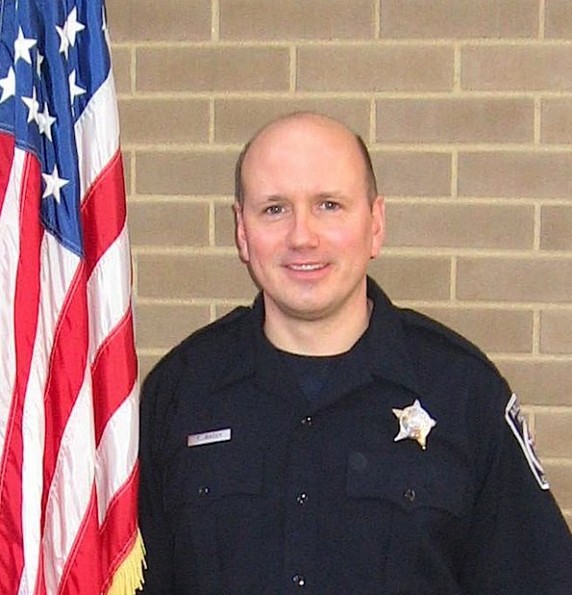 The Arlington Heights Police Department L.W. Calderwood Officer of the Year Award is an annual award presented to the police officer demonstrating the most significant contributions that year toward the overall betterment of the community. The award is sponsored by the Arlington Heights Rotary Club, and is named for Bill Calderwood, Arlington Heights Chief of Police from January 1958 through November 1976.

Over the course of Investigator Radek’s 19 years, he has served as a:

Investigator Todd Radek has established an outstanding performance record that includes Commendations, many Distinguished Performance Citations, and complimentary letters from citizens. He has demonstrated his commitment to assist individuals who are victims of financial exploitation. Many of these cases involved elderly and disabled individuals. He has developed a reputation of possessing a strong work ethic combined with a compassion for all victims of crime.

The Arlington Heights Police Department and the Arlington Heights Rotary Club will honor Investigator Todd Radek, recipient of the 2012 L.W. Calderwood Officer of the Year Award, at an award luncheon on Thursday, March 14, 2013 at European Crystal Banquet & Conference Center.