Ben Brust scored 14 points to lead Wisconsin past No. 3 Michigan in overtime 65-62, including a tie breaker in regulation play just inside midcourt.

Ben Brust, the second-leading scorer on Wisconsin’s mens NCAA basketball team, hit a half-court shot to tie Michigan 62-62 with zero seconds left in regulation play. Then he shot a three-pointer in overtime to give Wisconsin the win 65-62.

“It was awesome, something I’ll remember forever, and I’m sure a lot of people will,”

After a timeout, Wisconsin teammate Mike Bruesewitz passed up his first option in the inbounds play and launched a great toss to Brust in stride. The guard, with #1 on his back, took one dribble across halfcourt and launched the shot, which swooshed through the net.

Ben Brust attended Hersey High School, playing freshman basketball. His family moved to Mundelein, where he graduated in 2009 as a star basketball player. 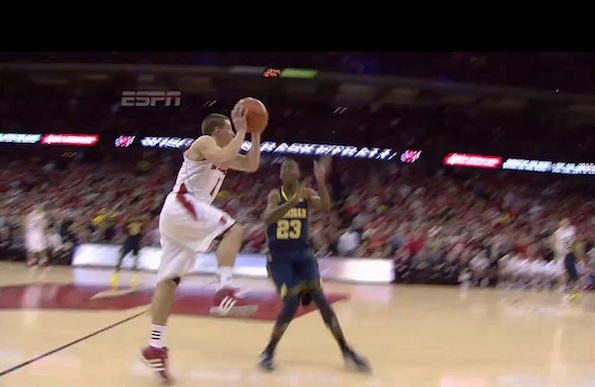 Half court shot with no time in regular play. 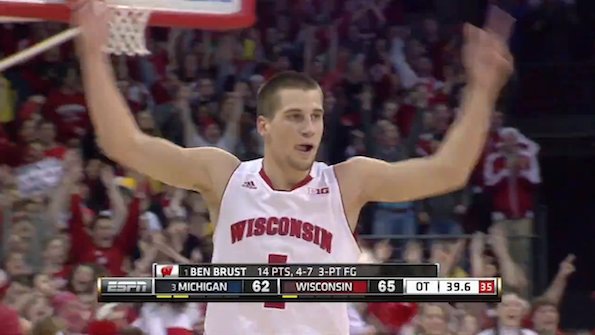