On Saturday, February 23, 2013, the Palatine Fire Department will be hosting a memorial ceremony to recognize the service and sacrifice of three Palatine Volunteer Firefighters who lost their lives in the line of duty.

On this day in 1973, Volunteer Firefighters; John Wilson, Richard Freeman and Warren Ahlgrim lost their lives fighting a fire in the Ben Franklin store in downtown Palatine. The smoky, early morning fire started in the basement of the retail storefront and quickly spread throughout the entire building. Wilson, Freeman and Ahlgrim were manning the first hoseline and died while fighting the fire in the basement of the store.

The memorial ceremony, Saturday, February 23, 2013, beginning at 9:00 a.m. will commemorate the 40th anniversary of this tragic event and will be held at the Palatine Firefighters Memorial at the corner of North Brockway and West Slade Streets in downtown Palatine.

The event will include a formal procession of the members of the Palatine Fire Department and their Honor Guard as well as a wreath laying and a memorial bell ringing honoring the three fallen firefighters that paid the ultimate sacrifice forty years ago. 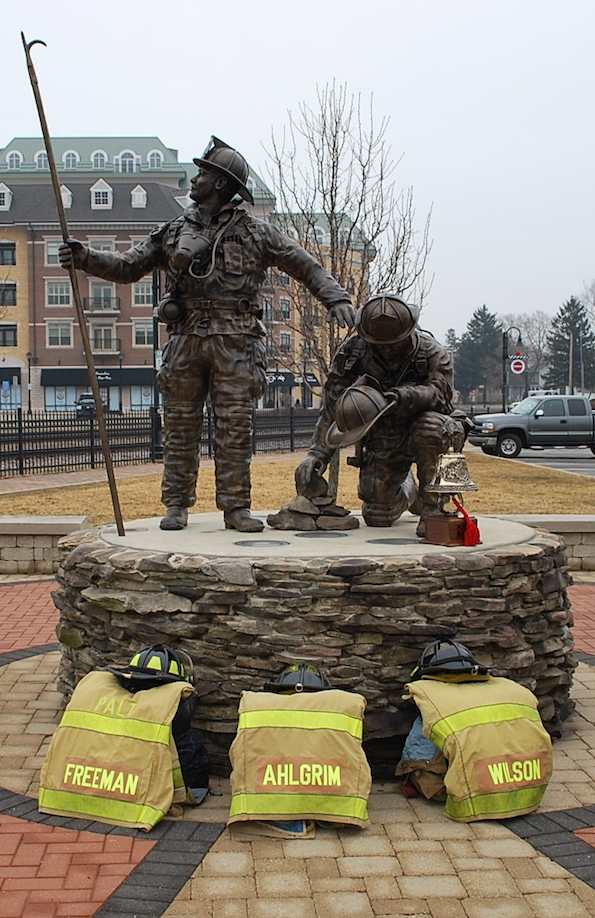